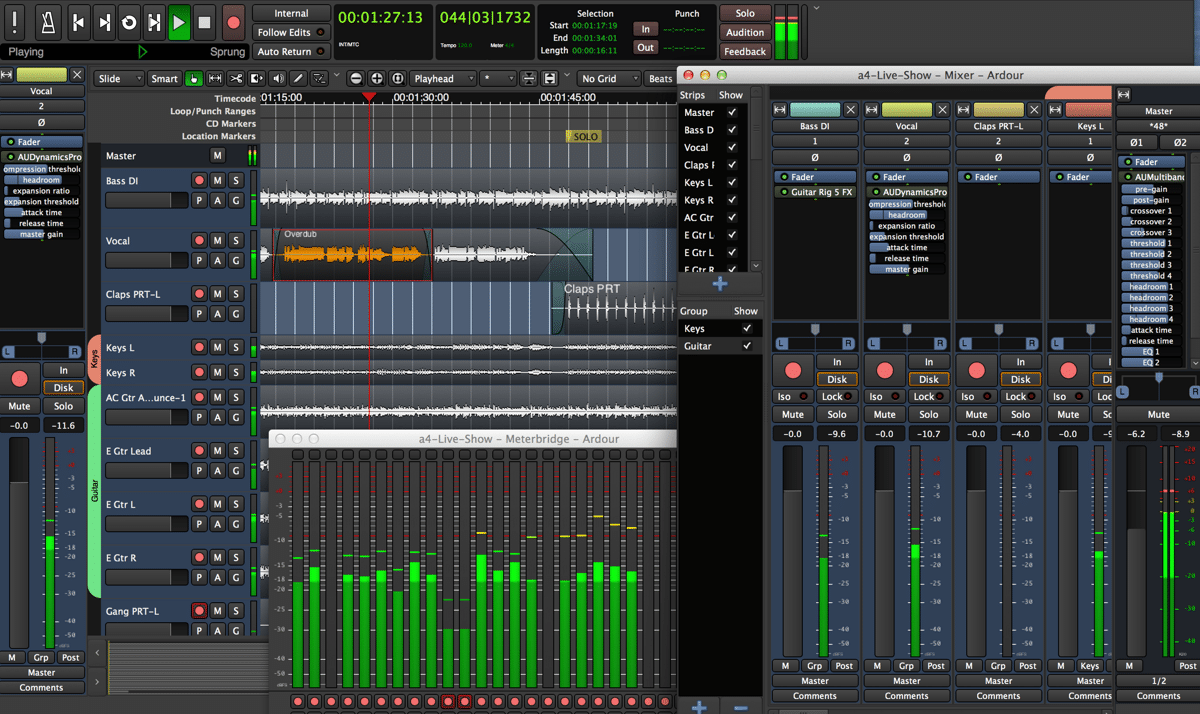 Recently the launch of the new version of the free sound editor Ardor 6.5 which is designed for multichannel sound recording, processing and mixing.

Originally the version that had to be presented was the version of Ardor 6.4, but it was superseded by version 6.5 in a few hours due to a critical problem identified.

For those who are unfamiliar with Ardor, you should know that this application It is designed for multi-channel recording, sound processing and mixing. There is a multitrack timeline, an unlimited level of reversal of changes throughout the work with the file (even after closing the program), support for a variety of hardware interfaces.

The program is positioned as a free analog of ProTools, Nuendo, Pyramix and Sequoia professional tools. The Ardor 6.5 code is distributed under the GPLv2 license.

This new version of Ardor 6.5 comes with several important changes, among them the solution to the critical error for which version 6.4 was replaced after a few hours which prevents the session from being exported.

As for the new changes that stand out, we can find a key improvement in the new version is support for plugins in VST3 format, developed by Steinberg Media Technologies and used in professional sound processing systems to connect software synthesizers and sound effects.

Besides that the plugins are compatible with Linux, Windows and macOS.

Other improvements include support for JACK1 and JACK2 in assemblies for Windows, significantly accelerated the display of all automatic MIDI tracks.

And that the files WAV and AIFF can now include metadata tags session (using id3v2 tags and WAV information).

Finally, as for the bug fixes:

Finally, if you want to know more about this new released version or about the software, you can consult the changelog or obtain more information from its official website.

How to install Ardor on Ubuntu and derivatives?

For those who are interested in being able to install Ardor on their system, they should know that the package is inside the repositories of most distributions, ready to be installed, just with the detail that it may not be the most current version and besides that this is only a trial version.

In the case of Ubuntu and derivatives, the package is within the repositories.

Having said that, If you want to test the application I leave you the commands of installation.

To install Ardor on Debian, Ubuntu and derivatives:

Full path to article: ubunlog » Software » Multimedia » Ardor 6.5 is here with the critical bug fix in Ardor 6.4 and more