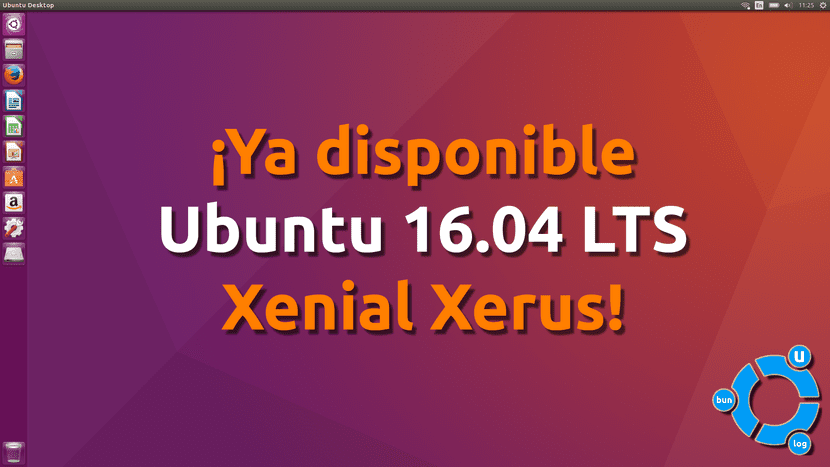 The wait is over. Canonical has released Ubuntu 16.04 LTS (Xenial Xerus), the sixth version Long Term Support of the system they develop since Ubuntu saw the light about 12 years ago. This version will also be the first of the long-awaited convergence, where a phone can become a desktop computer if we connect a Bluetooth mouse and keyboard, which can be completed by reflecting on a screen (mirroring) what we see on our phone or tablet.

But this new version will not stop there, far from it. As I just posted on another post (and the culprit that the launch has caught me offside) where you can see in more detail some of the new functions that the Xenial Xerus version of Ubuntu includes, it is also included support for ZFS and CephFS, two volume managers that will improve system performance. In the case of ZFS, the system includes continuous integrity checking against corrupted data, automatic file repair, and data compression. On the other hand, the CephFS system is a distributed file system that provides an ideal platform for large-scale enterprise storage for open-technology cluster computing.

Another important novelty will be the snaps, which will allow developers, among other things, to deliver more secure, stable applications in less time. Users will also benefit from being able to use more updated applications, something that I miss right now and which is why I usually install a repository that I would not like to install.

Among the novelties, there is one that I find very interesting: the possibility of move the launcher to the bottom, which made me use the standard version of Ubuntu for a long time (although I did eventually switch to Ubuntu MATE). Below you have several links about the new version that may be of interest to you.