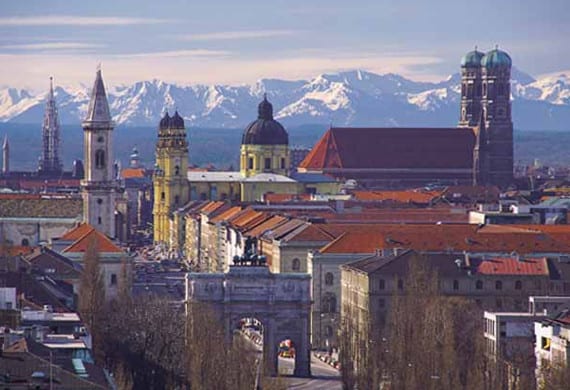 With the beginning of the week, a very controversial and pleasant news has been released for Ubuntu and Gnu / Linux users. Munich will distribute and adopt Ubuntu as its main operating system, thus abandoning the old Windows XP. This process of change will be carried out throughout this year and part of the next, starting with theto distribution of Lubuntu installation disks.

Lubuntu the flavor chosen by Munich

It seems that this software change is quite well studied, since the Ubuntu flavor that it will use Munich will be Lubuntu, a flavor more in line with Windows XP. This change is not only due to the promotion of new technologies and graphic similarities with Windows XP, but rather responds to economic aspects, especially what is related to software licenses. According to the studies that have been carried out, the adoption of Lubuntu by the German administration will mean a saving of 8 million euros to the German administration in Munich.

The city has been around for a long time "fooling around”With the world of free software, specifically with the project of Limux 2 during 2003. But, like almost all administrations, Munich it did not decide exclusively on free software.

And with this I jump to the Spanish case, one of the most commented on as far as distributions related to administrations are concerned. Many of us know or have heard of distributions that have been or are created and maintained by local Spanish administrations, some are based on Ubuntu as Guadalinex, but so far no distribution has been adopted for the use and need of the Spanish Administration. Moreover, money has been invested in the purchase and commercial agreements of proprietary software products, such as Windows netbooks that were bought not long ago. The good thing about it all, in my opinion is that Munich It will be a perfect European example of how administrations can use free software without losing quality and saving money that can be used for other purposes such as education or health. It seems like a very demagogic speech, but so far nobody does it, Will there be someone to fulfill it? I hope that Munich develop this project well, as you are doing so far and we can see its fruits quickly.