The first thing I have to say is that I have to admit that this news has surprised me because I don't recall seeing the problem EVER since using Ubuntu. From what it seems, on some computers, when starting the operating system the screen flickers as if we had a serious problem with our graphics card. Well, these blinks or flashes will be a thing of the past with the release of Ubuntu 19.10.

Right now, the development phase of Ubuntu 19.10 is in the process of taking the packages for the sparkle-free boot experience developed by the engineers of Red Hat for the system startup experience, especially when using UEFI mode and in some graphics driver settings. What Red Hat has achieved is better than Intel DRM code and will save "time and health."

Ubuntu 19.10 will offer a flicker-free boot

Red Hat has contributed to adding fixes and improvements to the next kernel, the welcome screen at startup Playmouth, pressing on the Intel Fastboot and other related work. This allows the boot process to complete without any unnecessary settings / flashes, keeping the same motherboard / system boot screen, and the whole process will be on par with macOS and Windows 10. Updated support for Plymouth is the last piece that Ubuntu 19.10 was missing Eoan ermine to achieve this improvement.

More out of curiosity than anything else, because I had never seen it, I have looked on YouTube if someone had recorded the problem that Ubuntu 19.10 will solve and yes, there is the video that you have above these lines. As you can see, I don't know if the start could be more annoying: when starting, Ubuntu screen appears flashing, about 20s later, it stops blinking, it is one more time with the black screen and, finally, it shows the logo of the brand of the computer followed by the GRUB. It's almost a "free" waiting minute.

The good news, for those who are experiencing this failure, is that their nightmare in the form of waiting, both the one-minute and the launch of Eoan Ermine, will end on October 17. 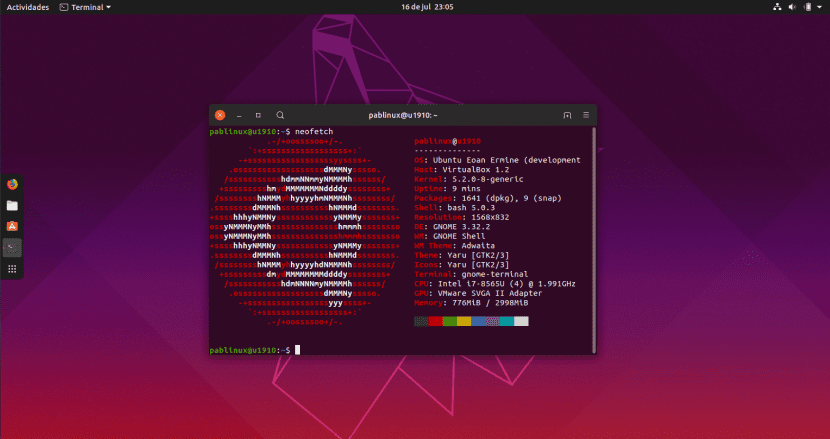