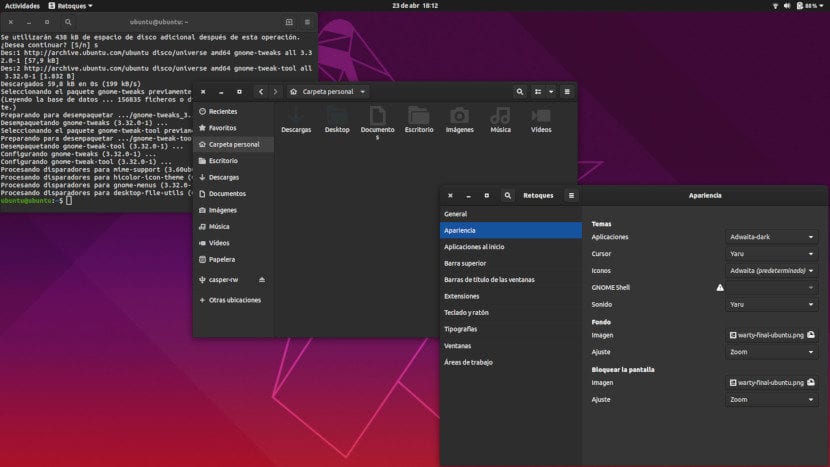 As every Ubuntu 19.04 user will have noticed, Disco Dingo comes with a Updated Yaru theme. Personally I like it, at least much more than the version that was available in Ubuntu 18.10, but it is likely that more than one user will find it more of the same. For those users, Ubuntu includes other options like Adwaita, although it seems to me an error that they cannot be accessed from the Configuration application that Ubuntu brings by default.

GNOME is a very customizable graphical environment, but the main version of Ubuntu is less so. Or it is not from its settings. In this article you have two examples that perfectly explain what I mean: Ubuntu allows you to change many things through the command gsettings, but this is not available to anyone if they do not do a previous search on the internet. In the case of changing the theme to Adwaita it is similar, but we will make the changes using the tool gnome-tweak-tool o Retouching (in Spanish) once installed.

Activate the Adwaita theme from Retouching

The process for choosing the Adwaita theme is straightforward. We will do the following: 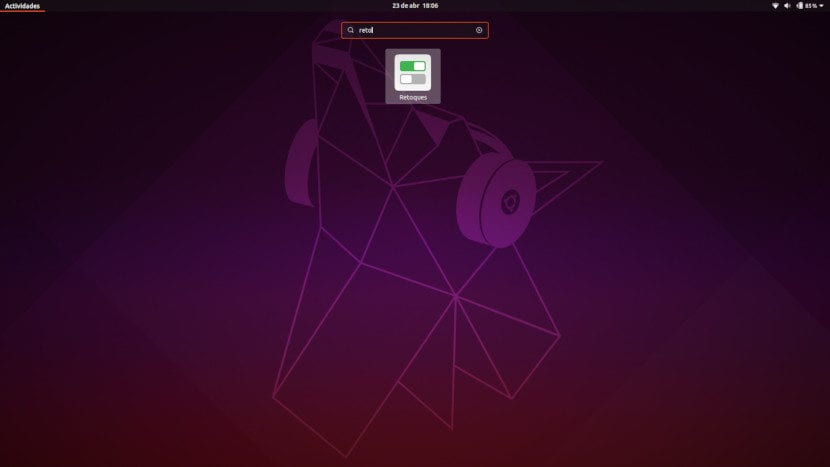 The Adwaita theme available both in light and dark mode. The dark mode applies to practically the entire operating system but, as you can see in the image that heads this post, I think that right now there is an error, that is, it seems to me an error that the file explorer icons are dark because almost no they look. It would be much better if they were clear. We can also switch to Yaru Dark with the same method and the icons are still orange, which allows them to look much better.

Which one do you like the most among these songs: the Yaru, Adwaita or Adwaita Dark?

Full path to article: ubunlog » Ubuntu » Adwaita available in Ubuntu 19.04 thanks to Retouching