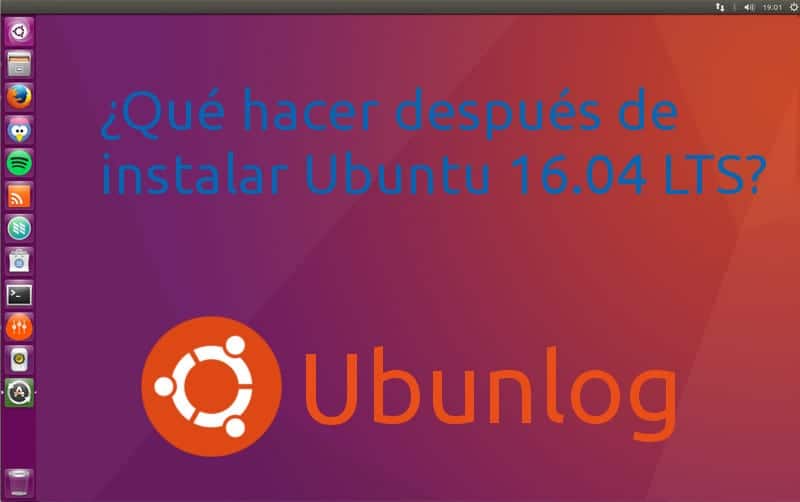 As you already know, the new version of Ubuntu 16.04 Xenial Xerus has been released just a couple of days ago. If you are here, it is because you have probably updated your Ubuntu but now you don't really know what to do, but don't worry, in Ubunlog we teach you everything about it.

If you have read us during these last days, you will already know what to do after installing Ubuntu MATE 16.04. Well, how do we tell you, in this article we will show you what we can do to configure our Ubuntu to the last. We started.

The question now is,What to do after installing Ubuntu 16.04? Here we give you a series of ideas about things you can do after installing Ubuntu 16.04 LTS, especially if you come from a clean installation. We teach you from the news, to how to install the graphics drivers or how to install the necessary codecs to be able to play any video format. Here we go!

Take a look at what's new

One of the first things you could do is inform you a little about the news that the new version presents that you just installed. This new version brings new apps, new options, and even a fully updated kernel.

For example, one of the most notable novelties is that the Unity Dash no longer includes online searches by default. Since this new feature was implemented, it had always brought a lot of controversy. The truth is that many users in the Free Software community did not receive this feature very brightly. It's more, Richard Stallman came to criticize Ubuntu harshly for the inclusion of Spyware that used user data in an unethical way. But hey, despite the fact that Canonical continues to bet on this type of online search, at least now they are already disabled by default. So they will only be carried out if and only if the user wishes and consciously activates it, which certainly seems more ethical.

If you want to know more news you can take a look at this article, in which we inform you of many more news and features that this new update brings.

Check for any last minute updates

After an update, it may seem that everything is already correctly updated, but nothing is further from the truth, always there may be some last minute security update to correct some kind of problem. If so, the update is essential for the proper functioning of our Ubuntu. You can see if there are updates, you must go to the application Software and Updates, and then Check for Updates.

In Ubunut, for legal reasons, the codecs necessary to be able to reproduce formats such as .mp3, .mp4 or .avi, are not installed by default. So if you want to be able to play any format, you have to install the Ubuntu restricted extras, from the Software Center.

Customize the appearance of your Ubuntu

We already know that the appearance of Ubuntu is increasingly elegant and attractive. Still, for many it may not be enough. The good thing is that as you know, we can customize the desktop as we like it the most. These are some of the changes you could make:

Note: In this case the Dash would be placed at the bottom (Bottom). To place it on the right, the parameter would be Right and to place it on top; Top.

Today, Ubuntu supports most Nvidia graphics drivers, giving you the option to decide if you want to use proprietary Nvidia drivers (or the corresponding brand of your graphics card), or instead use free drivers that also assure us a great experience in Ubuntu.

In Ubunlog we recommend that support the Free Software community and use free drivers. Personally, I have never had problems with free drivers, although it is true that the programs I have always used have never required a very high graphic potential. On the other hand, if you see that whatever the graphic performance of your PC is not what you want, perhaps the most effective solution is to use the proprietary drivers, which you can also select and activate from the tab Additional drivers.

Take a look at the new Software Store 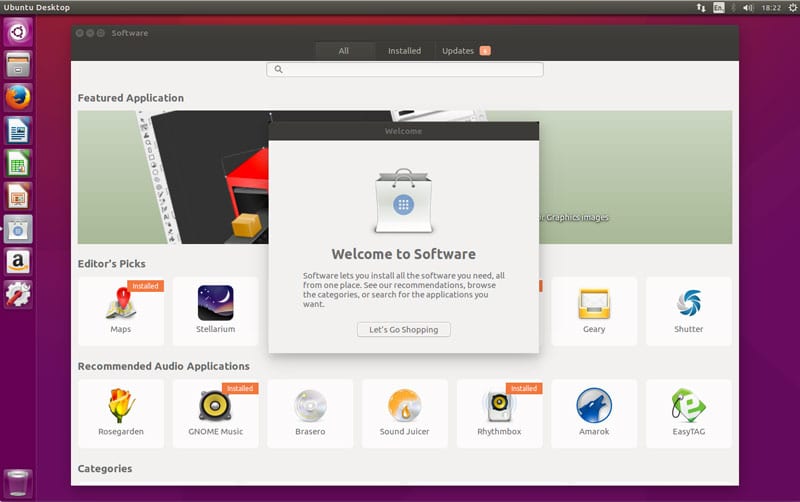 From Ubunlog we hope that the article on what to do after installing Ubuntu 16.04 has helped you and now you know what to do after having installed Ubuntu 16.04 LTS. As you have seen, there are some quite important changes that break a bit with what Ubuntu was in its previous versions. Ubuntu is evolving little by little and as we can see, it is on the right track. Until next time.

Full path to article: ubunlog » Ubuntu » What to do after installing Ubuntu 16.04 LTS