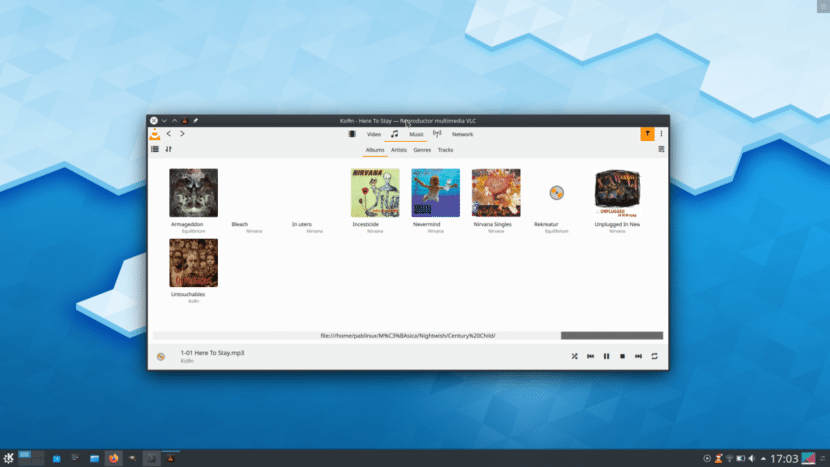 It is more than likely that more than one of you has already read articles from a server about music programs, more specifically that they serve as a multimedia library. In fact, a little over a week ago I wrote my opinion on Elisa, the player KDE is working on right now. And it is that finding the perfect software for a task that you need or like is not easy, but the one that could come closest is the VLC 4 which is currently under development.

VideoLan told us about VLC 4 almost a year ago now. The next version of the multimedia player, I would say, the most famous on the planet will release user interface, one that will be based on the version for mobile operating systems. At first, as long as it does not lose functions (and it seems that it will not), everything looks very good, but is all that glitters gold? Well, at the moment it does not shine, so it is difficult to think that it will be gold when the software launches its stable version.

The truth is that VideoLan has done a good job designing VLC 4, at least from the point of view of the author of this article. Speaking of music, we offers artists section of the type in which all the discs appear on the left and on the right, it also offers us the view of all the discs (in general), the genres, the tracks and everything is visual and intuitive. The same happens if we have movies with the metadata included. Also, something that inherits from previous versions, has equalizer and the typical VLC tools. Paints well.

Problems? Well, after more than 11 months of development, I think that, at least the Snap version, the easiest to install on Ubuntu, it doesn't work at all well. It is true that now it can be used and it does not crash like months ago, but it is very very slow. You also have to be honest and say that it improves when, after a long time analyzing the library, we launch it a second time. Still, it doesn't feel fluid. On the other hand, and as happened with Elisa, it also fails to show some covers, which is not as good as a music lover like me who wants everything close to perfection would like.

Will it be worth it?

I think so, but in the future. I am very heavy with him equalizer because with headphones I like to put it my way, and that's something that VLC 4 and earlier versions have. Also, when they fix the covers (hopefully soon), the design is more than correct. If we take into account that we are talking about a program that will be installed by default in many Linux distributions, I think it will become the default video / audio multimedia player for many users, including myself. Of course, you will have to be patient, a lot.

For the moment, the best thing you can do is install it and test it yourself, following these steps:

After trying it again and taking into account that it will be installed by default, I think that VLC 4 will become my favorite player, this one will. The question is: when?

Full path to article: ubunlog » Software » Multimedia » Almost a year later, VLC 4 is still in development and does not work well on Linux