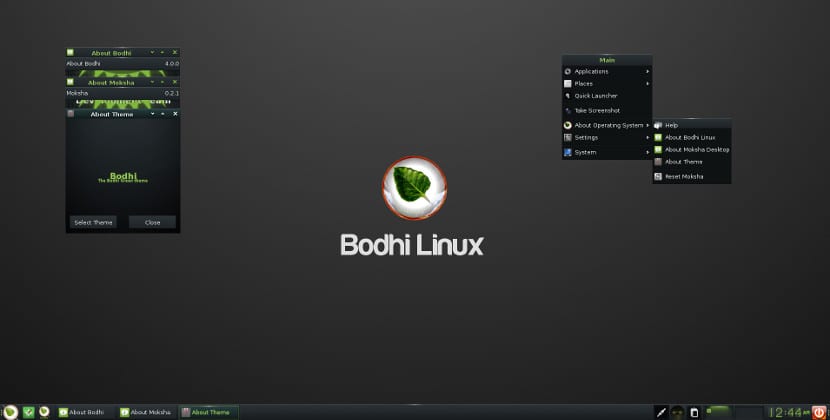 After several months of development, since yesterday Bodhi Linux 4 is available, the new version of the most popular lightweight distribution in the world Ubuntu. This new version not only has a renewed interface but is also based on the latest version of Ubuntu LTS, that is, Ubuntu 16.04.1.

On this base, Bodhi Linux 4 has its latest version of its Moksha desktop, a fork of Enlightenment 0.17. And in this version the user will already have the EFL 1.18.1 libraries. that make it possible to use new modules for the desktop.

In Bodhi Linux 4, modifications have also been made within the Ubuntu base, thus not only have they incorporated the Linux kernel 4.4 to the system but also have fixed the problem known as Dirty Cow without having to install the latest version of the Linux kernel.

The download center has not only been expanded but also improved, being a great option for the most novice users, although we can also use other alternatives such as the terminal, Synaptic, etc ...

Unlike other distributions that are based on Ubuntu, Bodhi Linux 4 continues to support 32-bit computers, something interesting for those who do not have 64-bit computers and want to have a light distribution.

Bodhi Linux 4 is coming via update to those who already have Bodhi Linux, but for those who want to install it or get the installation image, in its official website you will find the download links and torrent files for quick download.

I personally think Bodhi Linux 4 is a great version. The purpose of this distribution is to improve the successive versions of Enlightenment and I believe that it is more than achieved and it may be that Bodhi Linux is the only Ubuntu-based distribution to use E17, a lightweight desktop, lighter than Lxde and more beautiful than the latter.