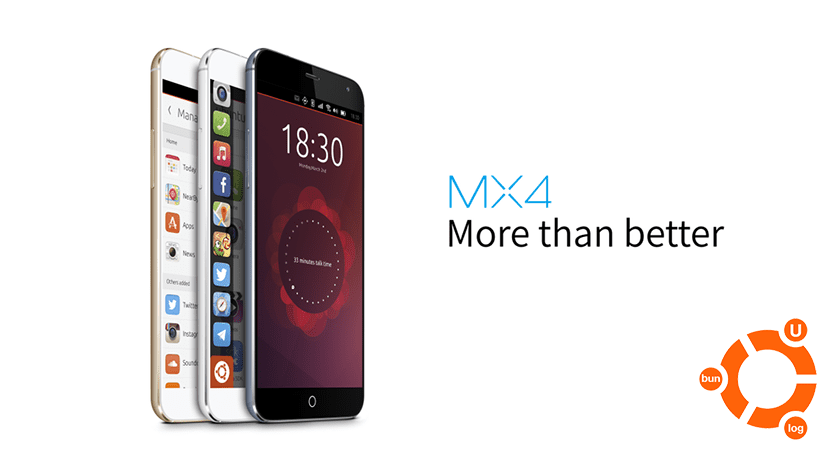 One of the highlights that Canonical will offer in 2016 is the convergence of Ubuntu. This long-awaited convergence will allow us to connect an Ubuntu Phone to a mouse, keyboard, and screen and use it as a desktop computer, which sounds great. But will all Ubuntu Touch phones and tablets take advantage of this feature? Well it seems not, since have no plans to bring this convergence to the Meizu MX4.

The Meizu MX4 does not have any HDMI or MHL connection available at the hardware level. The only option to be able to use the MX4 as a desktop computer taking advantage of the convergence would be using technologies such as Miracast that allow you to connect a phone to a larger screen via Wi-Fi. Ubuntu developers are already working so that the Meizu Pro 5 can make use of this technology, but the MX4 has been left parked for the moment. Canonical reports that «has no plans»To add wireless display functionality to the Meizu MX4.

Will the Meizu MX4 take advantage of convergence?

Canonical Information Arrives in reply form to a Meizu MX4 owner who asked if this type of convergence is being developed to be added to the MX4 in the future. John MacAleely replied:

Unfortunately, we have no plans at this time, like Canonical, to offer wireless display support for the MX4. Right now our prototype requires an Android 5 BSP and we don't have one of those for the MX4.

The Meizu MX4 has 2GB of RAM and an ARM octa-core processor, so it would be a real shame if it couldn't take advantage of Ubuntu's convergence. Your hardware is more than solvent to do it. Also, it can switch to a windowed desktop mode by connecting a Bluetooth keyboard and mouse to it.

In any case, that they do not have plans at this time does not mean that they have closed the door permanently. Simon Fels of Canonical says that «helping to port the MediaCodecSource to an Android 4.x tree is the first step»To enable wireless display capabilities on the MX4, something the community could do. We will see what finally happens. I believe that in the end it will be possible.

Full path to article: ubunlog » Ubuntu » Canonical has no plans to bring convergence to the Meizu MX4