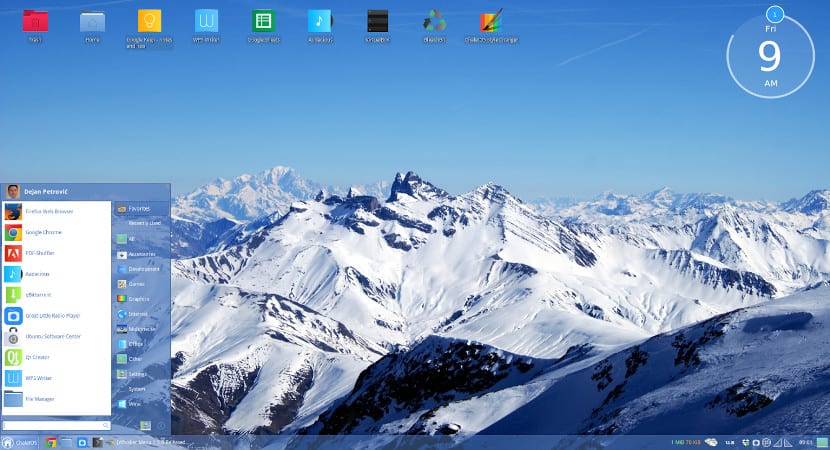 Although there are many users who use Ubuntu, there are still many users who come from Windows and are missing elements of the Microsoft operating system. This is usually a problem for many, a problem that has an interesting solution with ChaletOS.

ChaletOS is a Gnu / Linux distribution that is based on Xubuntu 16.04 and that it has a great appearance that reminds us of Windows 7 or any other version of the popular private operating system. The customization in ChaletOS is high, very high but the heart of the operating system is still Ubuntu and an LTS version of Ubuntu.

ChaletOS uses Xubuntu 16.04 and its purpose is that this operating system is installed on computers with few resources, that is, for computers that have the old Windows XP and want to continue offering the same power but with the aesthetics of Windows 10 or Windows 7. In addition, the Windows 10 icons have recently been released for those who have the old version of ChaletOS and want to give the appearance of Windows 10.

Both the spaces, Folder, icon and panel names are the same as Windows But Windows programs will not work naturally, but we will be able to use the usual Gnu / Linux applications as well as Wine, which will allow us to use the Windows application that we miss. ChaletOS is a young distribution but it is based on the latest Ubuntu LTS as well as allows new Ubuntu users don't miss out on not having their old Windows.

Personally I have been using Ubuntu for years as the main operating system, so now I do not usually get lost when I use both operating systems, but I understand that the first days with Ubuntu or with any other Gnu / Linux is usually problematic for many who come from Windows, for this I have collected ChaletOS, since it is a tool that can be useful for many novice users, don't you think?

Full path to article: ubunlog » Ubuntu » ChaletOS, an alternative with Ubuntu for the most nostalgic of Windows