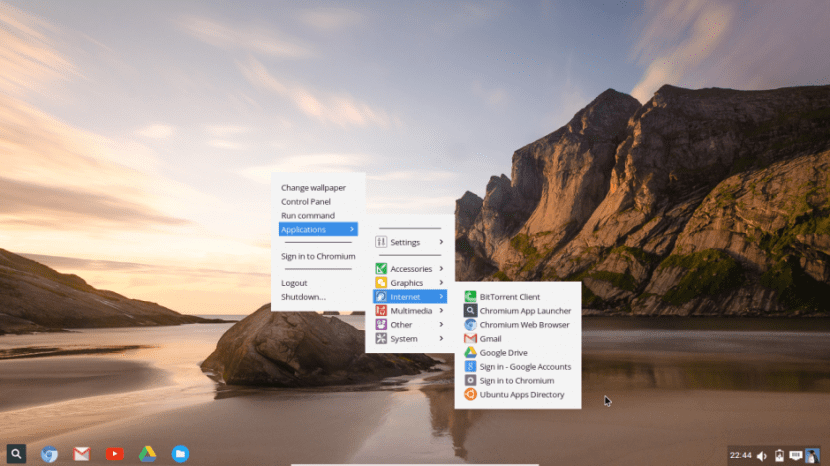 It's been a good season since we talked about Chromixium for the last time, where we wonder if it could be the future of Ubuntu and its flavors. For those who do not know, Chromixium is an operating system written from scratch and designed to look like Chrome OS.

The latest news that reached us from Chromixum was that its developers were hard at work on Get to Chromixium 2.0 ASAP, which was supposed to be a better designed and more stylish interface, as well as an updated base, since the previous version -Chromixium 1.5- was based on Ubuntu 14.04.3 LTS.

However, in the meantime it appears that Google's legal team has asked the Chromixium team to stop using the name. The reasons given for this is that certain rights of copyright and trademarks, although Google does not use this name in any of its projects.

That is why the Chromixium developers have decided to give in, as they have published in a advertisement on your website. From now on this distribution will be known as Cub Linux. In the words of those responsible we can read the following:

We decided not to risk enduring the power of Google (well, Google's money) in court, and after very constructive exchanges with Google's trademark attorney, we agreed that Chromixium would no longer be used as a trademark on 1 April 2016. This includes this domain, GitHub, Chromixium social media accounts including Google+ and YouTube.

The Cub Linux developers have explained in statements to Softpedia the why of this new name. It is basically a combination of Chromium and Ubuntu, as they are not going to hide or shy away from their roots in the GNU / Linux community. To finish curling the curl, the name of Cub Linux has been registered as a trademark with the Linux Foundation.

However, there is good news for Chromixium OS 1.5 users, as they will still receive support until Ubuntu 14.04 LTS runs out. Moreover, the developers recommend wait for Cub Linux 1.0 release in April, which will be based on Ubuntu 16.04 LTS.