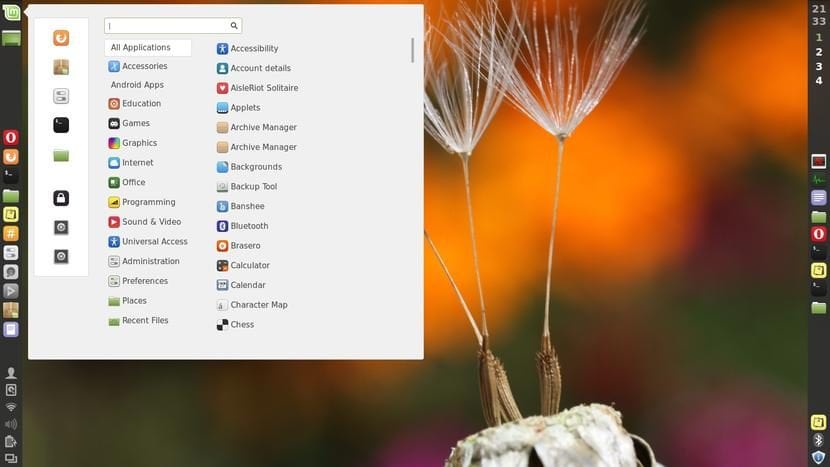 This weekend, Clement Lefebvre, the leader of the Linux Mint project, posted a newsletter in which he told us about what is to come to the graphic environment Cinnamon 3.2 which will come installed by default in Linux Mint 18.1, the next big release of one of the most popular Ubuntu-based distributions. New to this will be support for vertical panels, a capability that Linux Mint users have long asked for, and improved support for accelerometers.

As Lefebvre explains, «These small sensors allow the desktop to rotate automatically based on the orientation of the screen. If you rotate the laptop, or the screen, Cinnamon rotates with it. This is especially useful when showing something to a person in front of you, when we watch a movie with the lid tilted 270º or even when we use the laptop in tablet mode for some games with the flat screen on its back at 360º«.

Bumblebee will also improve in Cinnamon 3.2

On the other hand, Cinnamon 3.2 will also include various improvements for Bumblebee users, who will finally be able to launch applications using the option optirun from the menu. In addition, you can also take a quick look at the Cinnamon desktop using the applet Show Desktop. Cinnamon 3.2 will also arrive with greatly improved background management and a cool new screen saver.

The team that Lefevbre leads, as always, will continue to accept suggestions that can improve the environment Cinnamon 3.2 and Linux Mint 18.1, the new version that will arrive at the end of the year. Personally, I have never been a fan of Cinnamon and when I have used Linux Mint I have preferred the graphical MATE environment, but I am aware that it is one of the most popular environments available for Linux Mint. Do you like Linux Mint and Cinnamon is your favorite graphical environment?