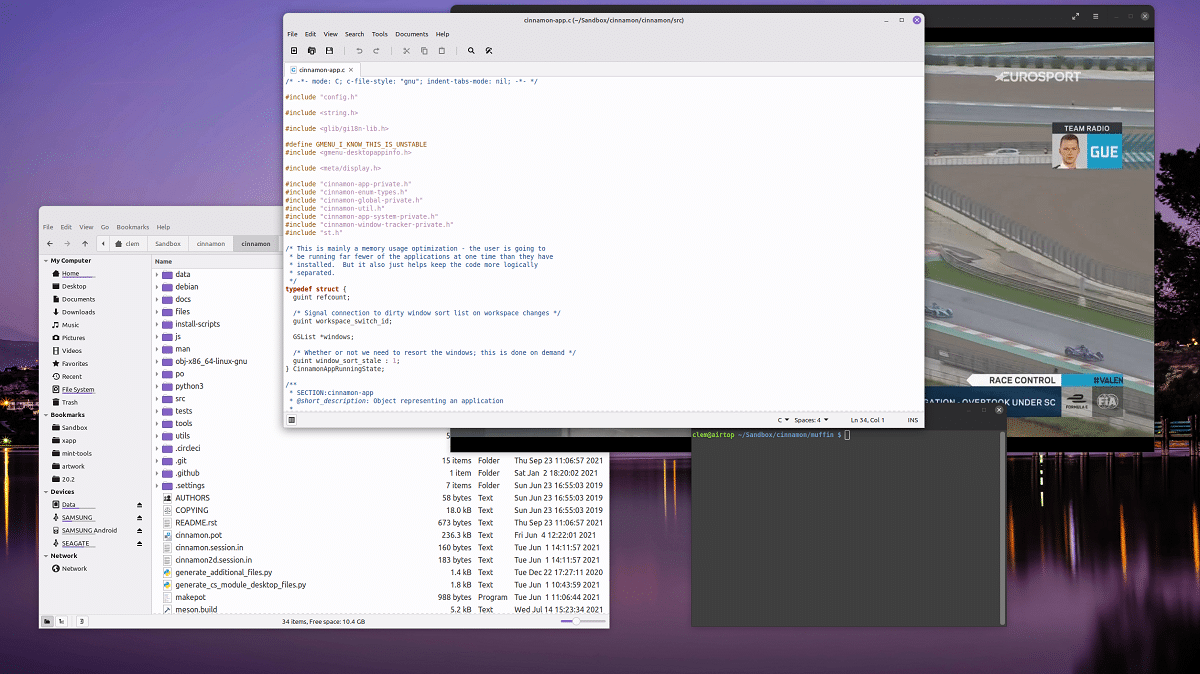 After 5 months of development, the launch of the new version of the desktop environment Cinnamon 5.2, within which the Linux Mint developer community is developing a fork of the GNOME Shell, the Nautilus file manager and the Mutter window manager, intended to provide an environment in the classic GNOME 2 with support for successful GNOME Shell interaction elements .

For those who are unfamiliar with this desktop environment «Cinnamon», I can tell you that this is based on GNOME components, but those components are shipped as a periodically synchronized fork with no external dependencies for GNOME.

In this new version that is presented of the environment we can find that The Mint-X theme has been optimized for the notification panel and block styling in the file manager Nemo. Instead of two different themes for dark and light headlines, a common theme is implemented that dynamically changes color according to the selected mode. Support for a combo theme combining dark headers with light windows has been removed.

In addition, it is also highlighted that the display of applications with separate dark interfaces in an environment based on a light theme was improved (we are talking about applications such as Celluloid, Xviewer, Pix, Hypnotix and GNOME terminal, which have their own switch for light themes and dark).

On the other hand, the Mint-Y theme offers a default light bar (Mint-X keeps the dark one) and adds a new set of emblems to display on thumbnails.

Another novelty that stands out in this new version of Cinnamon 5.2 is that the layout of window titles has been changed- Window control buttons have been increased in size and additional indents added around icons to make them easier to press when clicked. Shadow rendering has been redesigned to unify the look of windows, regardless of application-side (CSD) or server-side rendering. The corners of the windows are rounded.

Of the other changes that stand out in this new version of the environment:

Finally, if you are interested in knowing more about this new version of Cinnamon 5.2, you can check the details in the following link.

How to install Cinnamon 5.2 on Ubuntu and derivatives?

For those who are interested in being able to install this new version of the desktop environment, You can do it for now by downloading the source code of this and compiling from your system.

Because even the packages have not been updated in the official repository, they must wait, it usually takes a few days.

And they will be able to install with:

Finally, it is important to mention that This new Cinnamon 5.2 release will be offered in the next Linux Mint 20.3 release, which according to the Linux Mint team's release schedule, intends for this new version to be released before the Christmas holidays.

Full path to article: ubunlog » Desks » Cinnamon 5.2 has already been released and these are its news