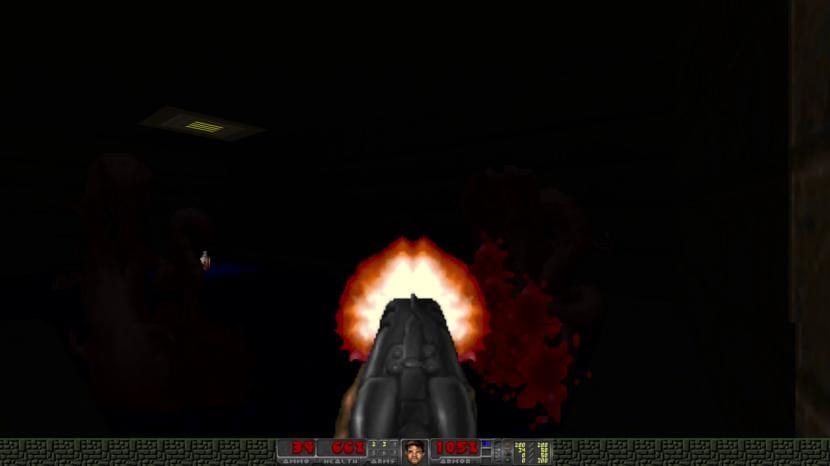 One of the most popular types of game is known as FPS (First Person Shooter) or first person shooter. What am I going to tell you that you don't know about them? They are a type of game in which what we see is more or less what we would see if we were inside the video game, hands included. The one that marked a before and after in this type of games was Doom, a title on which the Freedom which is available on Flathub.

Little can be said about a game like this, beyond the fact that it is based on id Software's Doom engine. As its name suggests, it is free, which means that it is free and that we can modify it as we want as long as we do not do it for commercial purposes. What we can also say is that it consists of two parts: "Freedoom: Phase 1" and "Freedoom: Phase2". The video that I have recorded is from the second part, which is noticeable after passing a first level that gives the feeling that it has been created so that we get used to controlling our character.

The controls are the same as those of Doom so, if you played the original title, playing Freedoom will not be difficult:

We can download Freedoom Phase 1 and Phase 2 from their page official website but, since I am someone who likes things simple and safe, I I recommend that you install the Flatpak versionsAll you need to do is go to the software center, search for "Freedoom" and install one or both parts of the game. If you have not enabled the support in your X-buntu, in this article we teach you how to do it. BEWARE when looking for it: "Freedom" with an O is "Freedom" spelled correctly in English; "Freedoom" with two Os is a compound word that means "Free Doom." Make no mistake that I myself have had to correct the word several times when writing this post.

Have you already tried Freedoom? How about?