The Ubuntu operating system includes the Nautilus file manager by default. Though some people prefer other programs when managing their environmentIt would be difficult to include several of them to accommodate all tastes, especially since many are dependent on certain types of desks.

Therefore, in this guide we are going to explain how to set Thunar browser as default app on your Ubuntu system. You will have several methods for you to choose the one that best suits your tastes.

Although the way recommended by the people of Canonical is the manual method, we leave you two more for you to decide on the one that is most comfortable for you.

Then edit the defaults.list file Located in ~ / .local / share / applications and enter the following lines:

With this, the MIME types will be associated with thunar and you will be able to see the effects immediately, without having to restart the computer.

To run the following script, copy the code that we leave below in a file that you create in your directory home. In our guide we will name it as defaultthunar.

Then, paste the following commands in your terminal and you will have finished:

Finally, for those of you who are not looking for a lot of complications and you like configure the system from a windowing environment, try running the following command from the terminal console:

Next, a window like the one below will appear from which you can choose your manager: 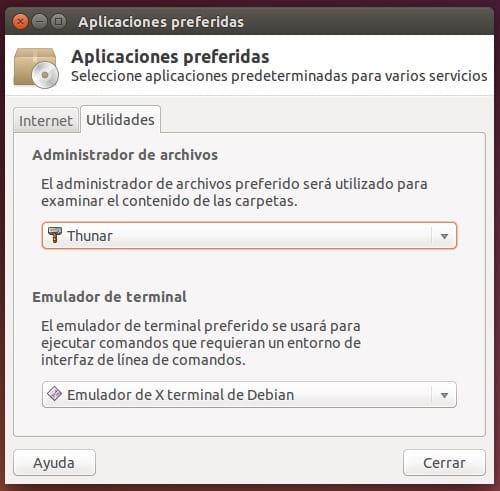 Full path to article: ubunlog » Ubuntu » Tutorials » How to use Thunar by default in Ubuntu