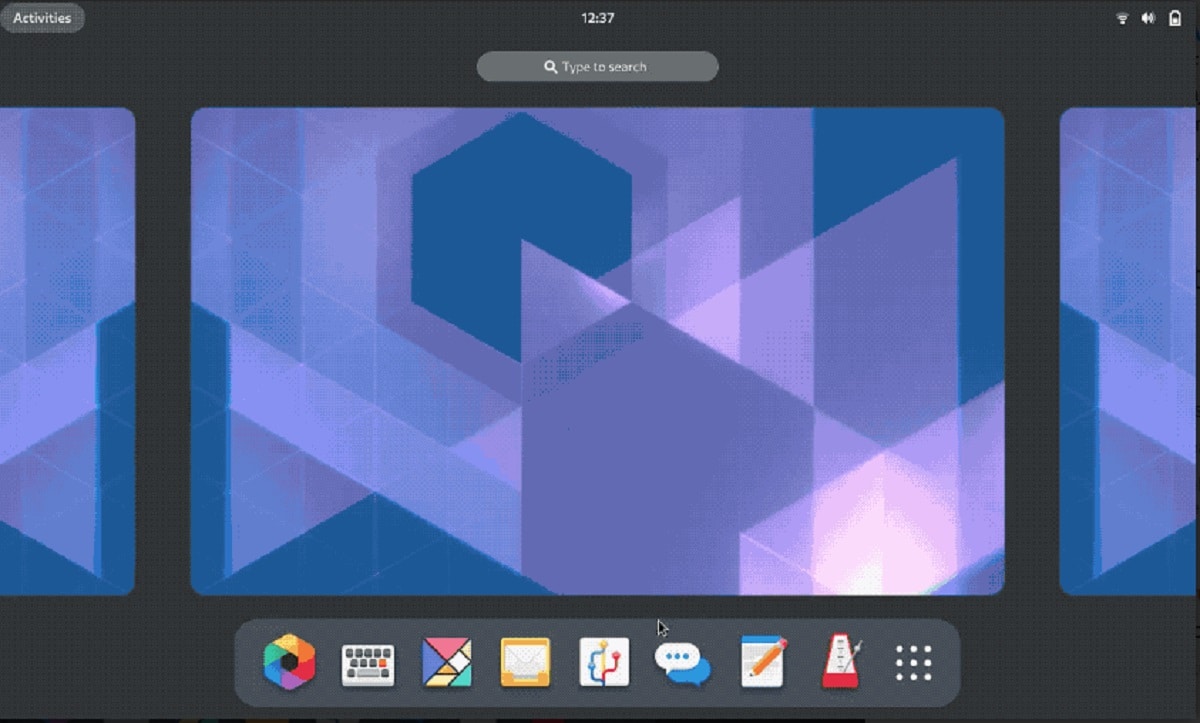 Recently the launch of the new version of Dash to Dock 70 was announced which as the main and only novelty is the support for Gnome 40 and that for Gnome 41 it is only used as a patch.

This means that users who are still on previous versions of Gnome cannot use this new version, so the only version they can use is version 69 or earlier.

For those who are unfamiliar with Dash to Dock, they should know that this is done as an extension of the Gnome Shell which allows users to start and switch between application windows and desktops much faster.

This extension is particularly useful for Linux users who like to customize practically every aspect from the desk. With it, you can decide whether to show application windows, scroll through open application windows using the mouse scroll bar, look at window previews using custom keyboard shortcuts, hide favorites panel and display the dock menu on as many connected monitors, among other customization options.

It is also important to mention that based on Dash to Dock, Ubuntu Dock is built, which comes as part of Ubuntu instead of the Unity shell.

Ubuntu Dock is mainly distinguished by the default configuration and the need to use a different name to organize the updates taking into account the details of the delivery through the main Ubuntu repository and the development of functional changes is carried out as part of the project main Dash to Dock.

Dash to Dock 70 is only compatible with Gnome 40

As we mentioned at the beginning, as a result of the changes necessary to support GNOME 40, this version of Dash to Dock is not compatible with previous versions of GNOME ShellBesides, for those who are already on Gnome 41, the only way to use Dash to Dock is by using the patch that is offered.

As for users with versions prior to Gnome 40, the v69 version is recommended, as it works well.

Finally, if you are interested in knowing more about this new version, you can consult the details In the following link.

How to get the new version of Dash to Dock v70?

For those interested in being able to obtain the new version of Dash to Dock v70 They must have the latest version of Gnome installed on your system (which is version 40), since as previously mentioned with the release of this new version the support for previous versions of Gnome are discontinued.

Now you can get the extension by going to the following link. Here you just have to slide the button on the left to install it on your computer.

Once this is done, we can proceed to compile by executing in the terminal:

At the end of the compilation we must restart the graphical environment, for this we can do it by executing Alt + F2 r and we must enable the extension, either with the gnome-tweak-tool or it can also be done with dconf.

It is important to mention that if you have just installed Gnome 40 on your computer and want to install this or some other extension you may see a message that you need to integrate the browser with the desktop environment.

For this only you must open a terminal and in it you are going to type:

Finally they will have to install an extension in their web browser so that they can install the Gnome extensions on their system from the "Gnome Extensions" website.

For those who use Chrome / Chromium from this link.

Users of Firefox and browsers based on it, the link is this.