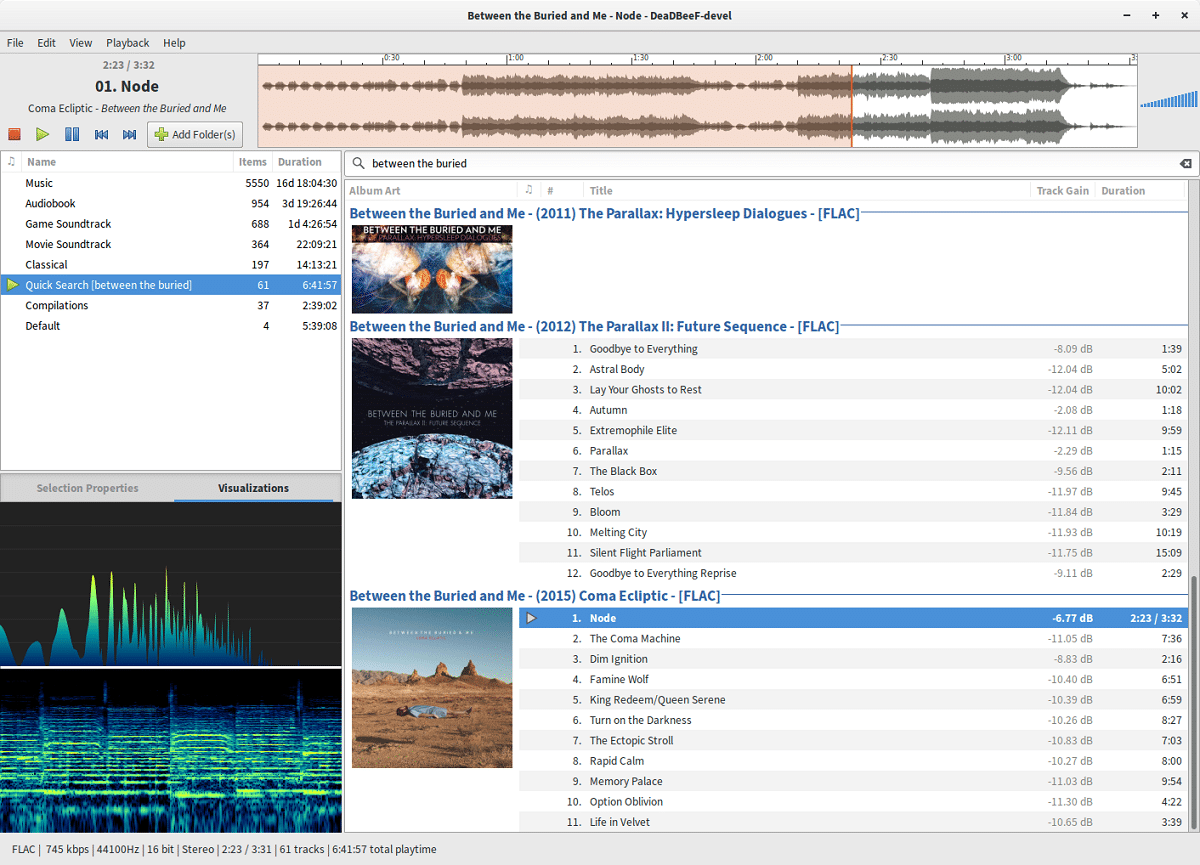 For those who are unfamiliar with DeaDBeeF, you should know that this is a music player that has automatic recoding of text encoding on labels, equalizer, support for reference files, minimal dependencies, the ability to control via the command line or from the system tray.

Likewise has the ability to load and display covers, a built-in tag editor, flexible possibilities to display required fields in song lists, support for Internet radio streaming, seamless playback, the presence of a plug-in for transcoding content.

In this new version it is highlighted that HTTPS support was added implemented in portable builds using libmbedtls. Loading from Last.fm has been changed to HTTPS by default.

Another change that stands out is that long file rewind support for Opus and FFmpeg formats was added, as well as the addition of "design mode" for the interface based on the Cocoa framework.

On the other hand, it is mentioned that a new display of the spectrum analyzer and oscillograms is proposed, in addition to the addition of a panel with display settings and the removal of some files with translations.

In addition to this, we can also find that the GTK interface has been added for the tabular edition of fields in several selected tracks at the same time and that a “+” button has also been added to the playlist tab to create a new playlist. reproduction.

Of the other changes that stand out of this new version:

Finally if you are interested in knowing more about it about this new version, you can check the details In the following link.

How to install DeadBeef 1.9.0 on Ubuntu and derivatives?

If you want to install this music player on your systems, you have to follow the instructions that we share below. for now, the player is only available from its executable, which you can download from the link below.

Once the download is done, they must unzip the package, which they can do from a terminal. To do this, they must open one (they can do it with the shortcut keys Ctrl + Alt + T) and in it they will position themselves on the folder where they downloaded the package and they will type the following command:

Once this is done, they must now enter the resulting folder and can open the player with its executable file that is inside the folder, either by giving execution permissions with:

And by double clicking on it or from the same terminal with:

First we add the repository with:

We give enter to accept, now we are going to update the list of repositories and applications with:

And finally we proceed to install the player with the following command:

Full path to article: ubunlog » Software » DeaDBeeF 1.9.0 has already been released and these are its news