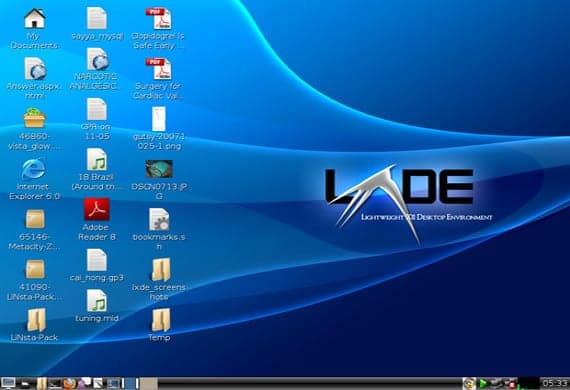 A few days ago we were talking about Unity, the desktop developed by Canonical to Ubuntu and how many criticize or venerate him. Previously in Ubuntu the desk was used Gnome in its version 2. But there are many people who do not know the terminology of Desktop and the differences regarding window managers.

What is a Window Manager?

A window manager is a program in charge of showing the different programs that we run on a graphical interface, but only that. It is not responsible for managing the networks to which we are connected, nor is it responsible for viewing our files or increasing the sound volume.

We can refer to a very technical definition but what it would cause is more confusion. Simplifying things a lot, a desktop is a set of applications, applets, programs that are put together to simplify the use of the pc. Thus, on a desktop, we not only find a window manager that manages the graphical interface, but we also find a network manager, and audio with its corresponding volume indicator. We also have quick access to our files through a file manager, etc….

The difference is that while a window manager is a part, the desktop is a set of programs designed to provide functionality.

Why do we think it is essential to know this? Because there are many who talk about window managers as if they were desktops and then they find that nothing can be done. Also knowing it allows us to be able to play with the system so that we can install Ubuntu and change the graphical interface of Unity for fluxbox ( a window manager) greatly speeding up the system and keeping desktop programs like the Nautilus or network-manager.

The desks are few and some are well known as KDE, Gnome, Xfce, Lxde, E17 o Cinnamon. Unity is horse desktop and window manager. In the first instance it was a window manager that was used on Gname, but version after version they are modifying it to such an extent that today many of us consider it a desktop.

Among the most popular window managers are Fluxbox, Openbox, Metacity or Icewm among others.

I hope I have explained well. Tomorrow I will talk about window managers, a very interesting and very unknown topic. Greetings.

More information - How to install xfce and lxde desktops in Ubuntu