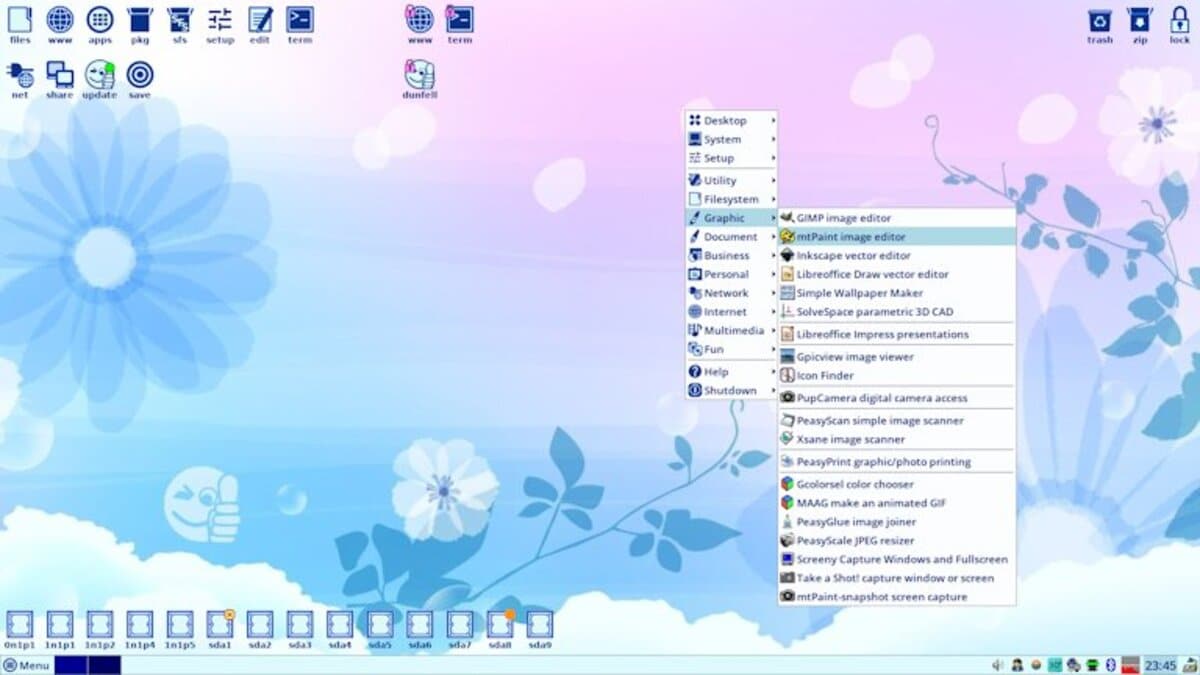 EasyOS is an experimental Linux distribution that uses many of the technologies and package formats pioneered by Puppy Linux.

After 5 months of development, Barry Kaller, founder of the Puppy Linux project, made it known recently The release of the new version of the experimental Linux distribution EasyOS 4.5 trying to combine Puppy Linux technologies using container isolation to run system components.

Each application, as well as the desktop itself, can be launched in separate containers, which are isolated using their own Easy Containers mechanism. The distribution package is managed through a set of graphical configurators developed by the project.

In the launch announcement, Kauler shares the following:

The EasyOS Dunfell series is built from packages compiled from source using meta-quirky, an OpenEmbedded/Yocto (OE) based build system. Binary packages from a complete rebuild based on the Dunfell 3.1.20 OE release were used to build EasyOS 4.5.

There has been a major structural change, completely separating the EasyOS installation from the bootloader, and the rEFInd/Syslinux bootloaders have been replaced by Limine. The latter handles legacy UEFI and BIOS computers.

In this new version of EasyOS 4.5 that is presented, it is highlighted that Linux kernel has been updated to version 5.15.78. In the kernel, when compiling, settings are included to improve support for KVM and QEMU, as well as the use of TCP syncookie to protect against flooding with SYN packets.

Another change that stands out in this new version is that the system installation process was changed, which is separate from the bootloader. Previously used rEFInd/Syslinux boot loaders have been replaced with Limine, which supports booting on systems with UEFI and BIOS.

It is mentioned that how packages are cross compiled from the origin, the repository is quite small compared to other distributions; nevertheless, this is offset by a much larger collection of sfs files. These are large packages, even entire operating systems, that can run on the main file system or in a container. These are downloaded and installed by clicking the "sfs" icon on the desktop, a very simple operation. The new SFS include Android Studio, Audacity, Blender, Openshot, QEMU, Shotcut, SmartGit, SuperTuxKart, VSCode and Zoom.

It is worth mentioning that SFS can be considered as application images, snaps or flatpaks, but lighter and more flexible.

Also, preparations have been made to revise the root-only model (Because the current model of working as root by resetting privileges at every application launch is too complicated and insecure, experiments are being conducted to provide the ability to work as a non-privileged user.)

If you are interested in knowing more about this new release, you can consult the details In the following link.

For those who are interested in being able to try this Linux distribution, they should know that the size of the boot image is 825 MB and that they can obtain it from its official website. The link is this.

In the same way, a guide is also offered on how to install the distribution on your computers, you can consult the guide at the following link.