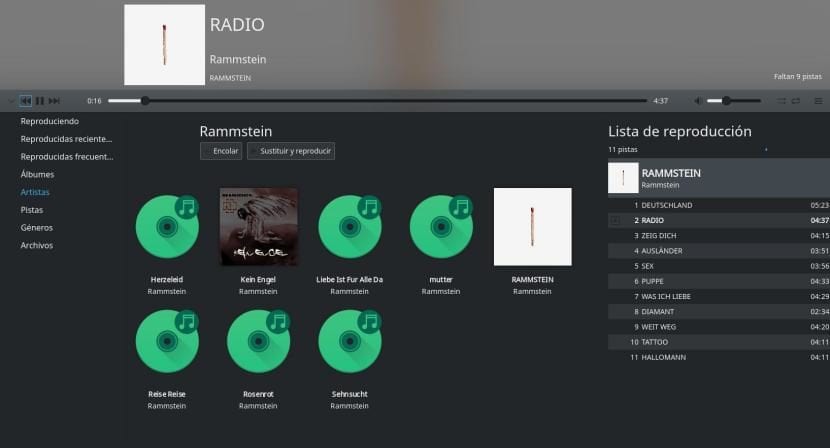 KDE Community is responsible for a great deal of quality software in the Linux world. Anyone who has used your KDE Applications will have noticed that they are packed with useful features that are not found in other environments. Currently the KDE community is developing a new music player / library and yesterday threw Elizabeth 0.4.0, a new version that is already available in Flathub, there is also the possibility of Download su tarball which can be installed directly from Discover.

The most outstanding novelty that comes from the hand of Elisa 0.4.0 is a improved view when displaying artists and records, especially in the second. Before, when hovering over a disc, the options covered the entire cover, which was not the best way. Options now also appear when hovering over an inlay, but at the bottom and shifted to the left. The options are to play album, add it next, or open the album.

Another important change is that now Elisa is capable of displaying cover art images when they are included in their metadata. If the images appear in Dolphin, they will appear in Elisa. 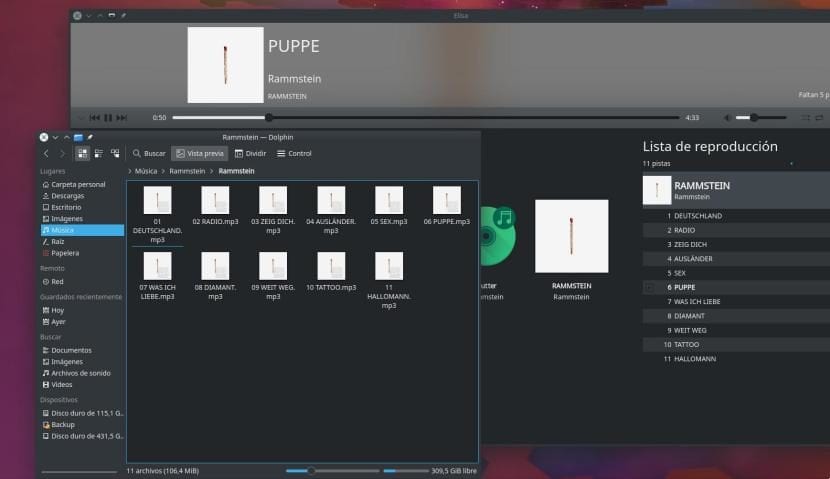 A progress bar has also been introduced to the bottom bar icon. As we can see in Firefox when downloading a file, the bar will show the point where the song is.

I have tried Elisa a couple of times and I have to say that I have had very good impressions. I like to see the large covers, something that I miss in Cantata, but I think it still has a long way to go to be perfect. I am convinced that they will add it in the future, but right now it does not search for covers online, which means that many appear with an overview (in green in the screenshots). On the other hand, and in this many fail, it does not include my long-awaited equalizer, so those of us who want to customize the audio will have to install software such as PulseEffects.

Have you tried Elisa? How about?