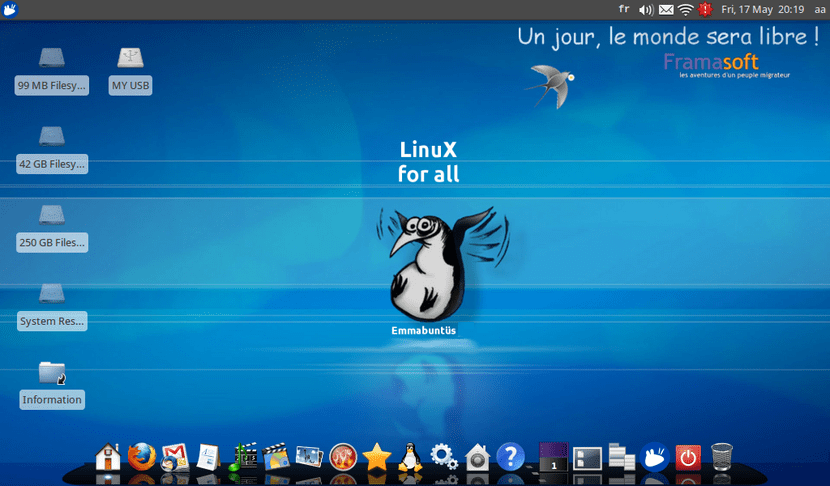 When we talk about Linux distributions intended for education, in most cases the first that comes to mind is an educational flavor of one of the most used Linux operating systems: Edubuntu, the official flavor for Ubuntu education. But Edubuntu is based on the standard version of Ubuntu and Unity is not the best graphical environment for teams with limited resources. But what if a lighter version existed? Well it exists, it is called Emmabuntüs and it is based on Xubuntu.

Last Tuesday version Emmabuntüs 3 1.03 was launched, the latest version of this system for education that is based on the latest version Long Term Support of the official Ubuntu flavor with Xfce environment: Ubuntu 14.04.4 LTS. The new version includes application updates and many improvements that will help keep this version used in schools stable and reliable for longer.

Emmabuntüs 3 1.03, a distribution for schools

Emmabuntüs 3 1.03 release includes add-ons updated for Firefox, Thunderbird and Chromium, the LTools 3.1 extension for LibreOffice and the drivers for HPLIP printing (HP Linux Image and Printing) 3.16.2.

This update has been released to minimize the workload for Emmabuntüs communities when using Emmabuntüs and for our friends JerryClan from France and Africa (Ivory Coast, Togo, Cameroon, Chad, Benin and Senegal) who practice re-use of the team making Jerry Do It Together in Emmabuntüs.

Among the novelties included in this new version, we can highlight the application to view YouTube videos, mini tube 2.5.2, the new Virtual Magnifying Glass (VMG) tool, update of the scripts of accessibility and the evaluation modality of Turboprint and Brother script. Player config file has also been fixed Audacious, missing menu icons and icons have been added. scripts GParted launch and Childsplay should work correctly from now on.