One of the most notable features of Ubuntu and of GNU/Linux in general is surely the variety of distributions that we have at our disposal. In fact, many of them are based on some more popular distro, as is the case with Ubuntu and its acquaintances. official flavors.

There is a wide variety of distributions based on Ubuntu which, as we have said, are called official flavors. From distros with highly customizable desktops, such as Kubuntu, to distros aimed at consuming few resources and operating lightly on our PC, as is the case with Lubuntu. At Ubunlog we want to review all the official Ubuntu flavors and explain how we can obtain them.

So if you don't know how to burn an image to a storage device, you can take a look at this post that we wrote a few weeks ago in which we explained how to do it in Ubuntu. We started.

First of all, we have to talk a little about Ubuntu. In fact, Ubuntu is the base, but it also gives its name to the main flavor, currently with a GNOME graphical environment. It can be obtained from the official website, or by clicking here!. Although Ubuntu with GNOME is one of the most well-known and customizable distros, Kubuntu, the flavor that uses KDE Plasma as its graphical environment, is not far behind. This distribution also has a very elegant design and is also incredibly customizable.

If you want to install this official flavor on your PC you can download its ISO image from here!. Or if you already have Ubuntu installed, you can install Kubuntu by running the following command:

Also, if you want to remove the Ubuntu packages that are not going to be necessary, you can do so by running: If your PC is somewhat old or does not have very good features, Lubuntu is your solution. This official flavor is oriented to have a very light operation and consume very few resources. All thanks to the light applications that it makes use of and its LXQt desktop.

This official flavor is capable of running smoothly on machines that are well below 4GB of RAM. So if you need a light operating system for your PC that doesn't have many resources, or you just want to try the minimalistic design of this official flavor, you can download Lubuntu. here!.

If you already have any official Ubuntu flavor, you can install Lubuntu directly from the terminal by installing the corresponding Lubuntu package. To do this, run the following command: Xubuntu is the official flavor of Ubuntu using Xfce as its desktop environment, which, like LXQt, is a very lightweight environment. Xubuntu is an elegant, easy to use and highly customizable distro. It is the perfect distribution for those who want to get the most out of their desktops with a cool modern and with the necessary characteristics to have a really optimal operation.

To get Xubuntu, you can do it from this link, in which you can choose for which type of machine you want to download this official flavor.

If you already have Ubuntu on your PC, you can install Xubuntu with the corresponding package. To do this, run the following command: Another of the environments that always give to talk (in a good way) is MATE. If you prefer to use the original Ubuntu desktop, the one it used in its early days, then this is your official flavor. In addition, the hardware requirements are not very demanding, but rather modest, something that should not be surprising if we take into account that its design is the same as that used by Ubuntu in 2004. Although you have to be faithful to the truth and not let it there, but rather explain that MATE follows the trend of that desktop, but continues to add new release after release.

If you want to install this official flavor, you can download it from your Official Site. As always, you can also install it from Ubuntu if you already have it installed by just typing this command: If you dedicate yourself to any field related to multimedia creation or editing, be it music, image, video, graphic design ... This is the official Ubuntu flavor perfect for you. This distro has many free multimedia applications pre-installed aimed precisely at editing and creating multimedia content. One of the objectives of this flavor is to bring the world of GNU / Linux closer to all those who are dedicated to the multimedia sector. It also aims to be as simple to install and use as possible so that it is really accessible to anyone.

You can download the ISO image of this official flavor from here!, or install it on top of an existing Ubuntu with these commands: 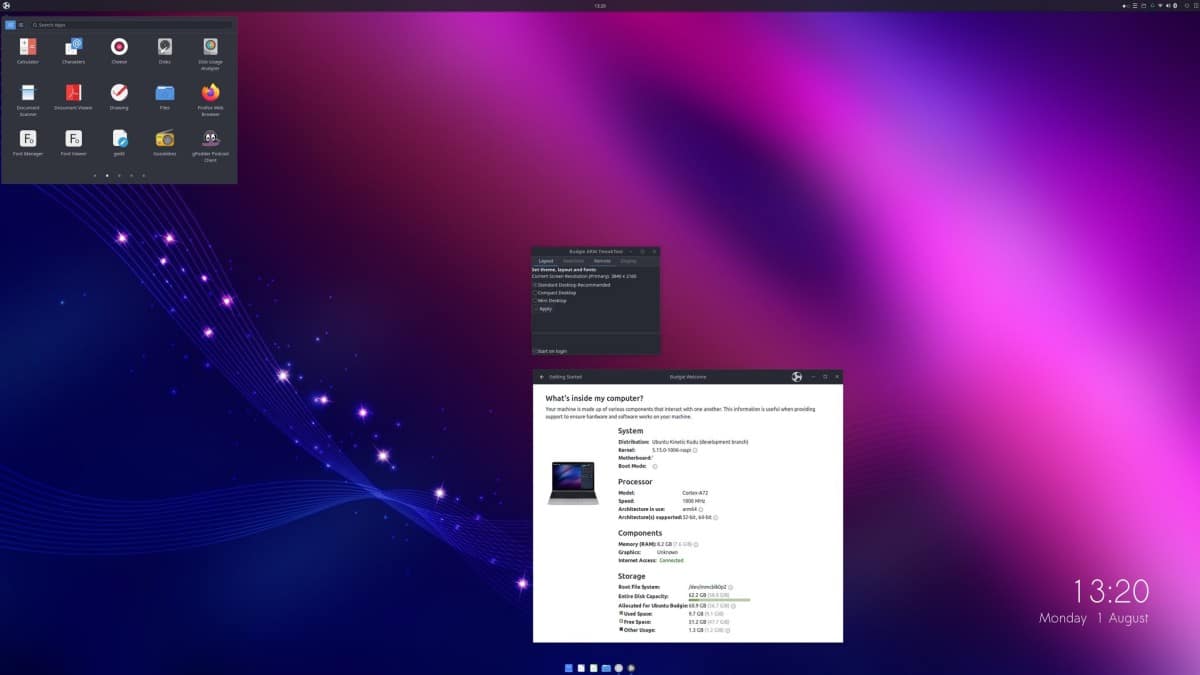 It can be downloaded from here!, or install it on top of an existing Ubuntu with this command: 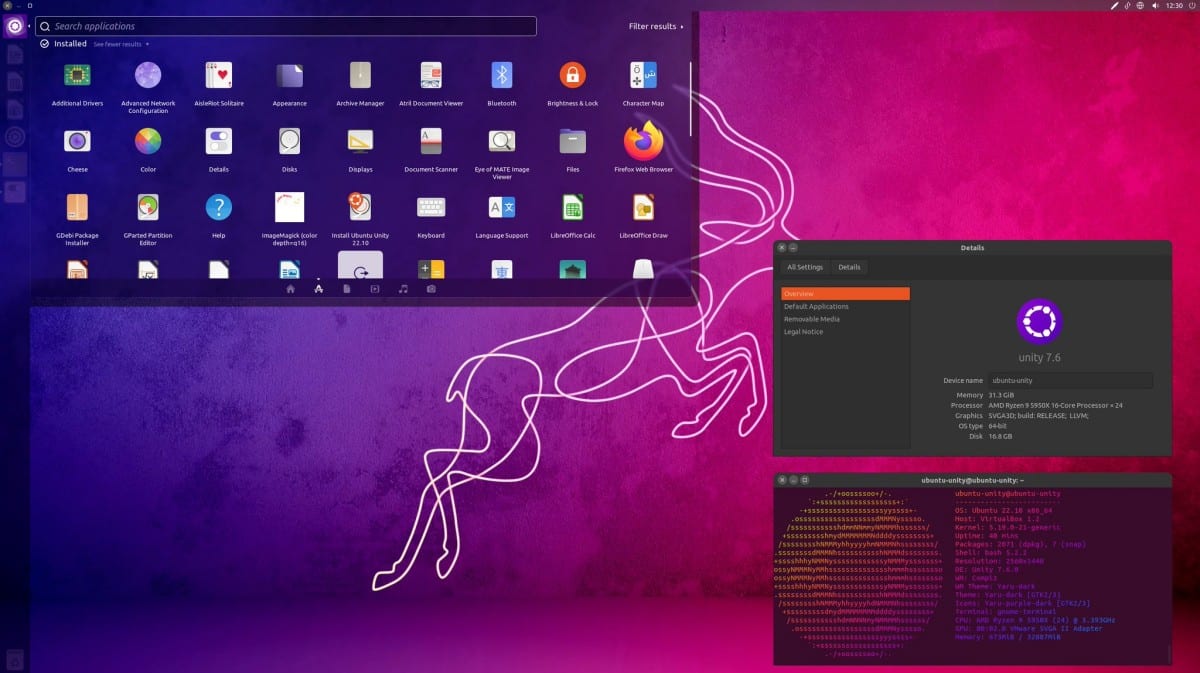 Canonical released Ubuntu 10.10 and introduced with it Unity, a new desktop that it intended to use on both desktop and mobile systems. Convergence, he called it, but years later he abandoned it to return to GNOME, this time with version 3. Later, a young developer listened to users who preferred this desktop and started working on Ubuntu Unity, until in 2022 became official flavor again.

Ubuntu Unity is a flavor intended for those who missed this desktop, and it has continued to evolve at the hands of Rudra Saraswat. can be downloaded from this link, or install it on an existing Ubuntu with this command: This distribution is, at least for me, something peculiar. And it is that Ubuntu Kylin is oriented to be used only in China and to satisfy the needs that the inhabitants of this country may have. If you read to us from China and can't wait to install this official flavor, you can download it here!.

It can also be installed on top of an existing Ubuntu with this command:

The Time Machine: Ubuntu flavors that are no longer available

Just as new flavors are arriving, sometimes it is necessary to discontinue others. For example, there was no point in sticking with Ubuntu GNOME if the main version was going to use the same desktop. In those cases, Canonical, or the project that runs the distro, may decide to end up with a flavor, and these are the ones that have ended up disappearing in the history of Ubuntu. What comes next is what the previous text says, a look back in time. 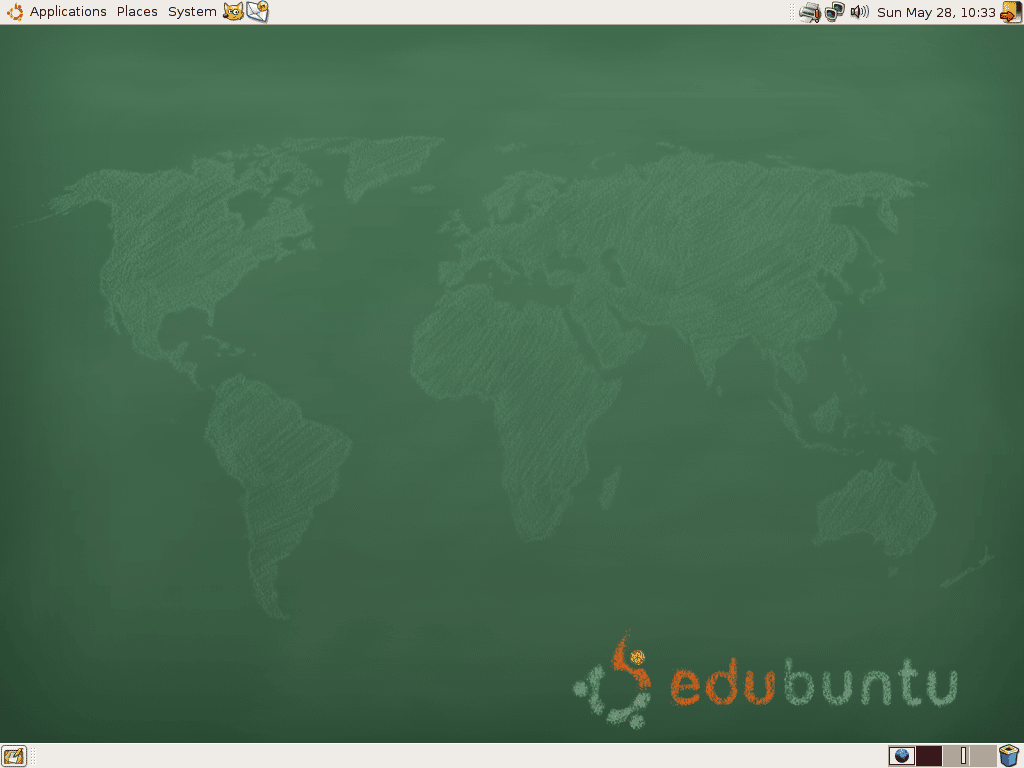 Computer science education also begins at school. Therefore, there is an official flavor oriented to be used mainly in schools. One of the premises of this distribution, totally based on the Free Software concept, is that knowledge and learning should always be available to everyone who wants to grow as a person and improve the world around them.

The package that we must install depends on the course that Edubuntu is going to use. The package list is as follows:

If we don't have Ubuntu installed on our machine, we can download the distro image from here!, depending on the architecture of our PC. This distro is perhaps one of the most widely used and well-known official Ubuntu flavors. As its name suggests, this distro uses GNOME as its desktop environment. If you want to see how this distro looks on a PC, in Ubunlog we dedicate an entry to this distro and my personal experience with it. This distro stands out for its great customization capacity and its increasingly minimalist and elegant style.

To download the image we can do it from its official website . If you already have any other flavor of Ubuntu installed on your PC, you can install Ubuntu GNOME by running the following command: 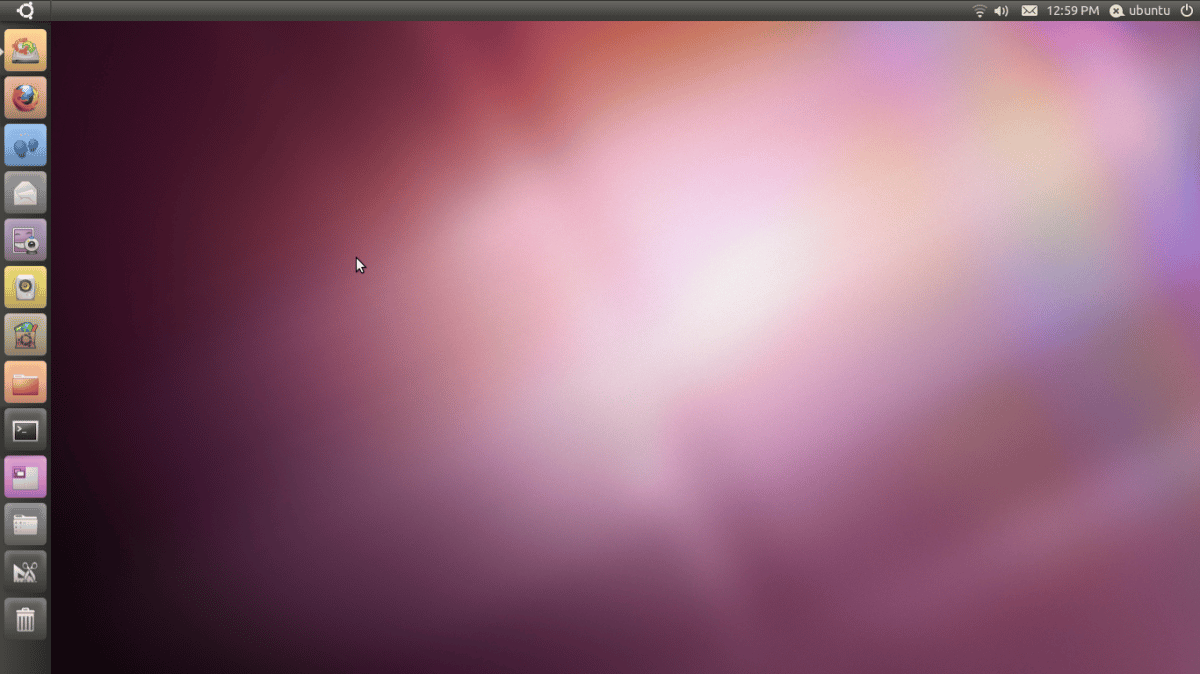 Although Ubuntu pre-10.10 has never been heavy, Canonical believes that small computers, the 10″ ones, have very fair hardware, so it has designed a special version for this type of mini-computer. That official version or flavor is Ubuntu Netbook Edition, and it's basically the same as the original, but intended for use on small screens and computers with limited hardware. More information in this link. This official flavor is aimed at establishing a system based on MythTV, a totally free digital video recorder under the GNU GPL license. Mythbuntu is designed to precisely integrate with an existing MythTV network. Also, as they tell us on their official site, Mythbuntu's architecture allows simple conversions from a standard Ubuntu desktop to Mythbuntu and vice versa. To install it you can access this link. If you already have Ubuntu installed on your PC, you can directly search for Mythbuntu in the Ubuntu Software Manager and proceed with the installation.

And this has been our review, present and past, of the official flavors of Ubuntu. We hope this guide has been useful to you.

Full path to article: ubunlog » Ubuntu » Get Ubuntu and its official flavors