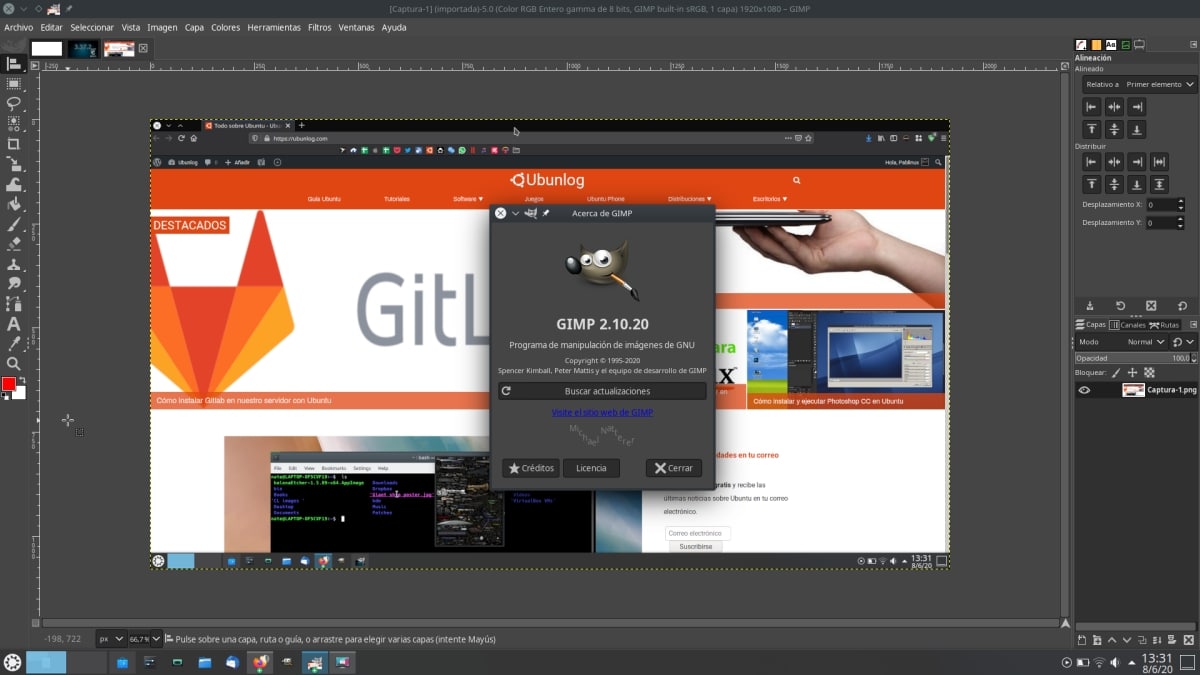 Today I am going to inform you of something like I have never done before: before the same project does it and even before it can be done. download from its official website, but the news has occurred. GIMP 2.10.20 is now available, but at the time of writing these lines it is only for Linux and only for those of us who use a distribution that includes support for Flatpak or have added it manually.

Personally, it was quite a surprise to see that GIMP 2.10.20 appeared as an update in my Discover, which I am using the Flatpak version, and the surprise has been such that I doubted if there had been a bug and a beta version had reached me. But not. It is the stable version and will soon be available also for Windows and macOS, or not, because in the Apple system they are still by v2.10.14 of the software. Below you have the list of most outstanding novelties that have arrived with GIMP 2.10.20.

As you can understand, without official information to explain more, we can give you few more details, beyond the fact that the author of this article loves the first option that details the previous list, that when you pass the cursor through the groups or folders of tools, they all expand and appear without the need to click. Yes I can tell you that Windows version is not available by any means, neither on the GIMP FTP server nor, for testing, using the Winget tool that Microsoft Insiders already have available. The v2.10.18. If the time comes to inform us of more important news, we will publish one or more articles informing about them.