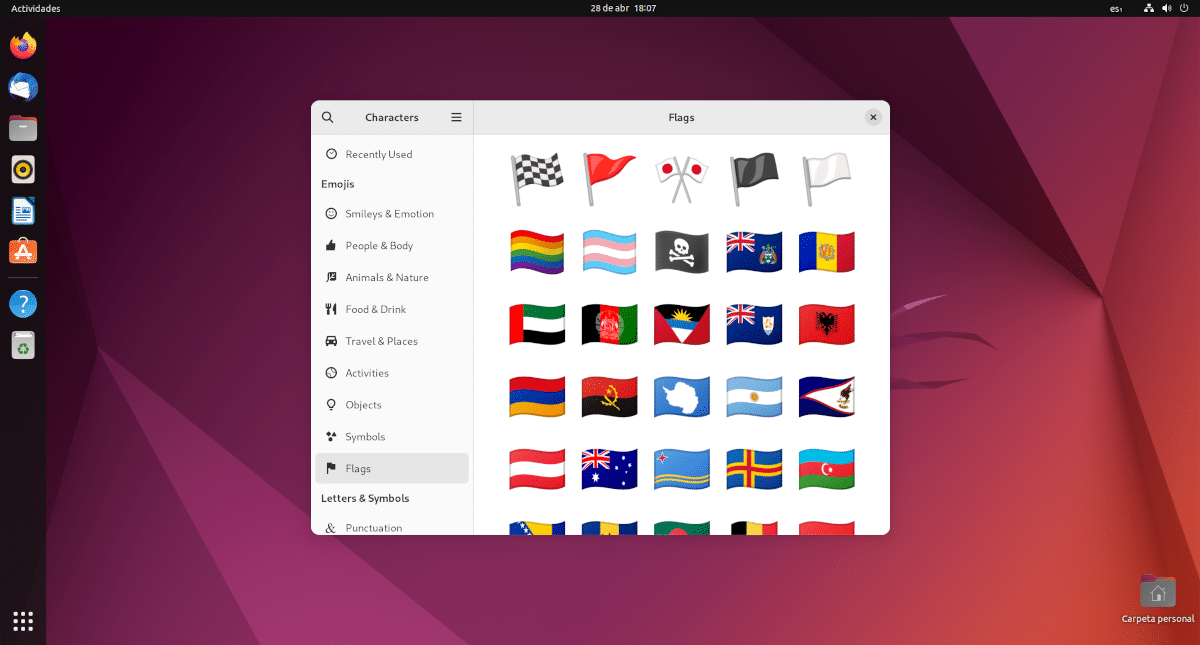 It's the weekend again, and that means that two of the most used desktops in Linux have published notes about news that have arrived or are about to arrive. The first to do so, last night in Spain, was GNOME, who started his article for the week of April 29 to May 6 by talking about Characters. This application is an official one from which we can see and share emojis.

The latest version of Characters now supports compound emojis, that is, if there is one with different skin tones, now we can choose the one that best suits our needs. Also, more flags have been included, and the icons are arranged in a proper order, and not by their code numbers. The rest of the news they mentioned yesterday are as follows:

Related article:
GNOME working on new 2D gestures that will work on touch screens, and more this week

And that, along with a mention of the last Linux App Summit, has been all this week in GNOME.

Full path to article: ubunlog » Desks » Gnome » GNOME Characters will improve its support for emojis, and has introduced new apps this week