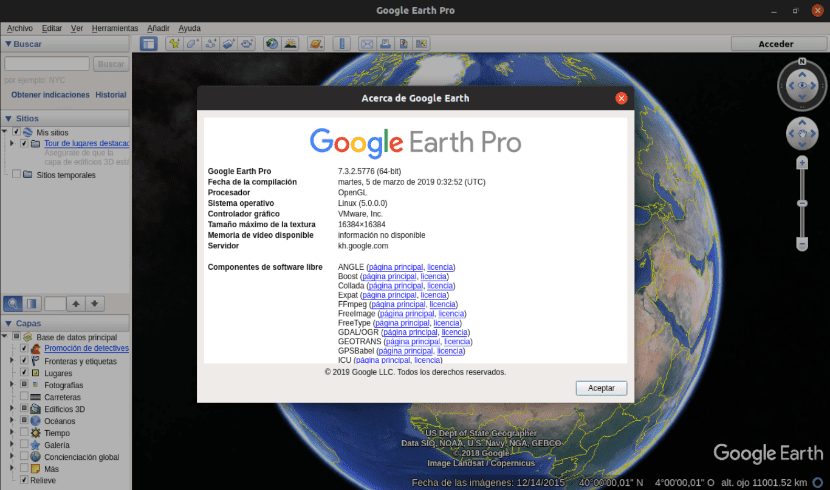 In the next article we are going to take a look at how to install Google Earth Pro on Ubuntu 19.04. With the now classic Google program, we will be able to see from the desktop of our computer the virtual globe through which we can move easily.

Originally this program was called EarthViewer 3D and it was created by Keyhole, Inc. If by now you still did not know, Google Earth gives us the possibility of touring a virtual world sitting in front of our desk. We will be able explore any place on earth and also go beyond it, because we can take a tour of the surface of the Moon and Mars and explore the stars in the night sky.

The Google Earth map consists of an overlay of satellite imagery, aerial photography, and geographic information from GIS data models from around the world. The program will allow users to fly from space to our neighborhood at the click of a mouse. We can also search for schools, restaurants, parks and hotels, see images of interesting places and much more. 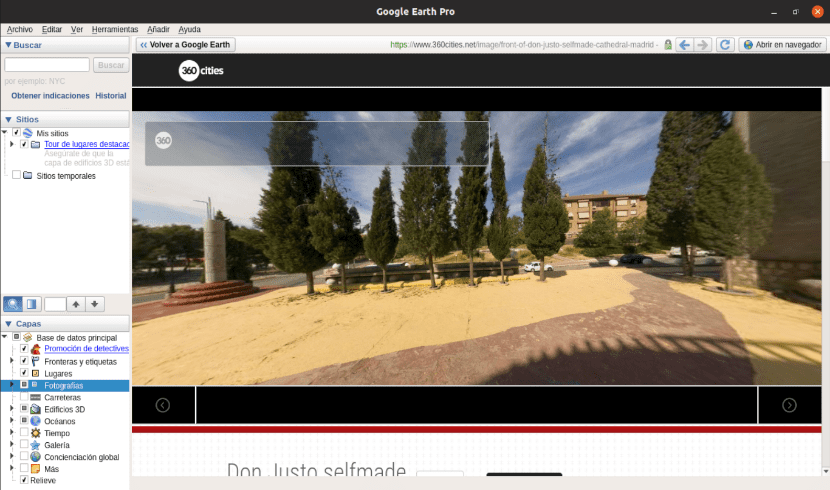 We can explore all of these things through layers that include roads, borders, places, and more. Do not forget that we can see the world at street level with Street View and 360 images. Google Earth Pro puts the images of the planet and other interesting geographic information directly on our desktop so that we can search and discover it from Ubuntu. 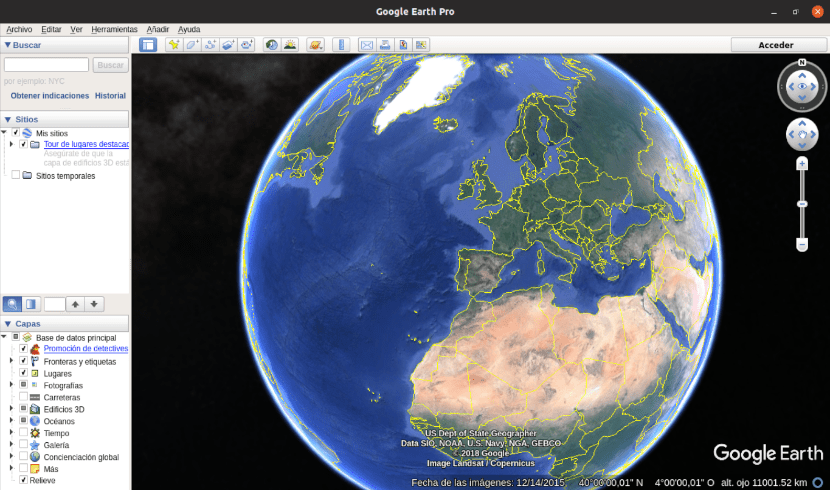 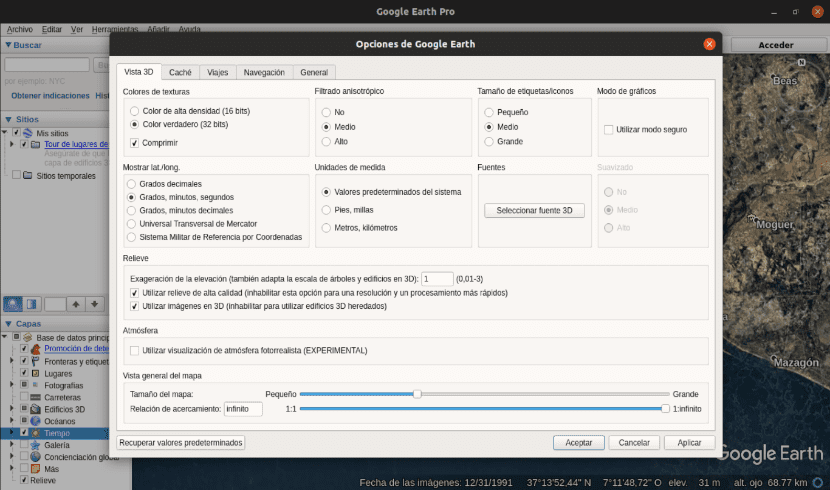 These are just some of the general features of all that this program offers to users. When you use Google Earth Pro you will discover many more. All of them can be consulted in the project website. 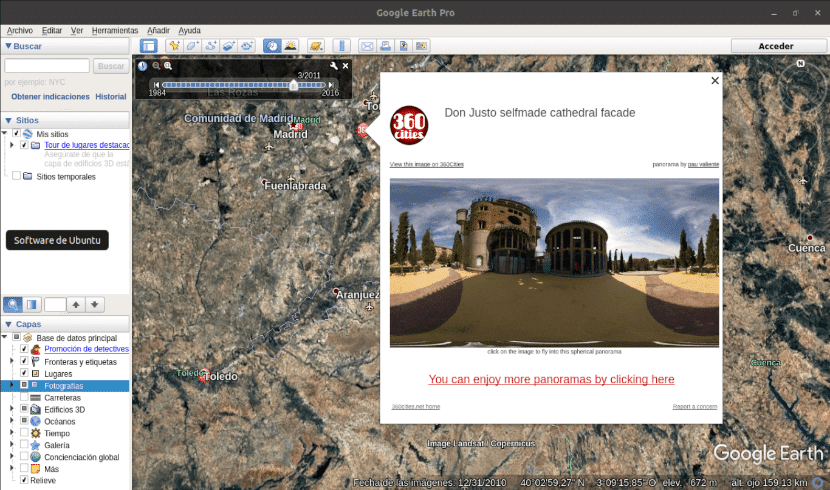 For, install the latest version of Google Earth Pro on Ubuntu 19.04 You just have to follow the same installation instructions that can be used in other versions of Ubuntu. We will only have to open a Terminal (Ctrl + Alt + T) and in it write the following commands:

After finishing the installation, all you have to do is look for the program launcher in our team.

We will be able to eliminate this program from our system by opening a terminal (Ctrl + Alt + T) and typing in it:

For information on how get the most out of Google Earth Pro on computers and access video tutorials and help articles, users can go to the page that Google enables for it.