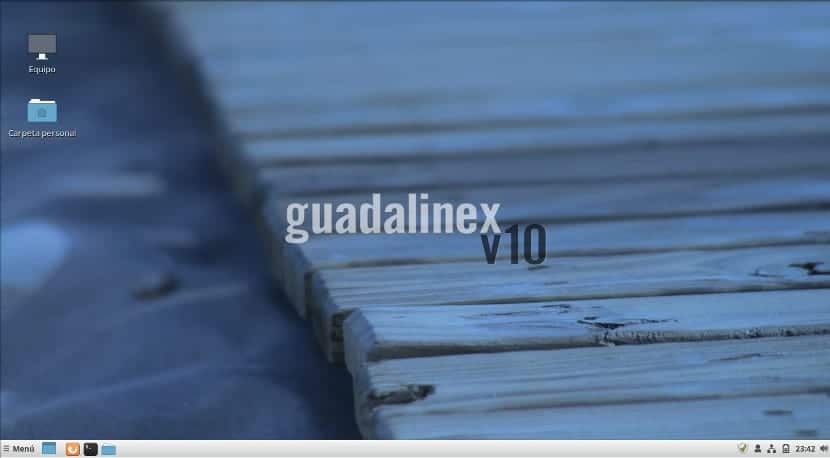 One of the Spanish Linux distributions has given signs of life after 4 years in silence and with many of its users giving the distribution for dead. Guadalinex has reached version 10 and like many other distributions, with big and surprising changes.

The big change that affects the distribution is that this version has been created and launched by its user community and not by the Junta de Andalucía as it had done during previous versions. A change that has surprised everyone.This change has caused the version to be nicknamed "unofficial" instead of "Pig", the animal that was associated with version 10. Guadalinex v10 unofficial is still based on Linux Mint, but this time on Linux Mint 19. Which means that Guadalinex v10 is also based on Ubuntu 18.04. The desktop of the distribution is still Cinnamon with some touches to MATE as some users who have tried the version have recently highlighted. The wallpapers as well as some typical Guadalinex applications have been kept in this version but not the platform or the installer.

In this case, Ubiquity has been replaced by Systemback, an installer just as effective but less graphical and intuitive than Ubiquity. Guadalinex v10 Unofficial currently has a 64-bit version, being the first version of Guadalinex to have support for this platform. The 32-bit platform disappears for the moment from Guadalinex, although it is not ruled out that a version for this platform will appear beyond October.

Users who want to try Guadalinex v10 Unofficial can do so by downloading the installation image from the official website of the version. And if you need more information or have a problem, you can use the Guadausers forum. Let's hope that the new Guadalinex path will bring a long life to the distribution.

Full path to article: ubunlog » Ubuntu » Guadalinex v10 unofficial ,, a new version that follows in the wake of Linux Mint