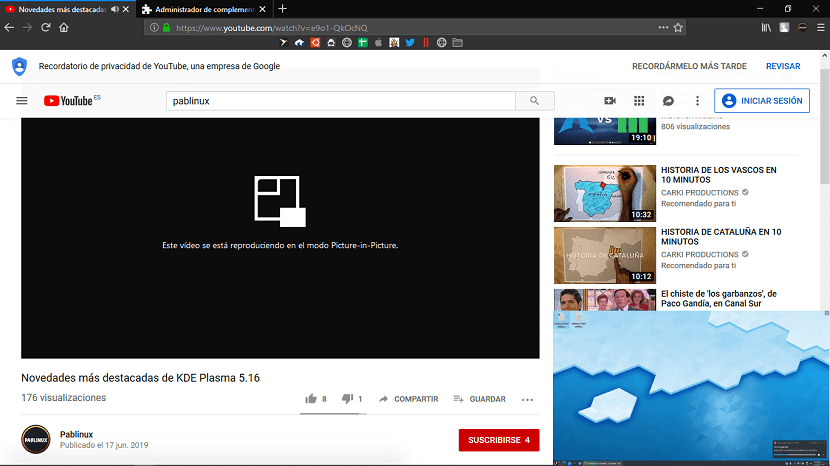 Just an hour ago, Mozilla launched officially Firefox 68. It is a major release, although the list of new features is less striking than on other occasions. One of the novelties that has been published as official in the blogosphere is the possibility of watching videos within videos, which is known as PiP or Picture in Picture. The name comes from the function of some video editors, but in Firefox, as in Chrome and other supported browsers, it does not work in the same way.

The PiP of web browsers has little to do with "Picture in Picture". Actually, it is an independent window that we can move and resize as we please. To be honest, I had heard something about this Firefox feature, but didn't know it had to get in Firefox 68. In fact, it has not been included in the News list that Mozilla has published, but we can activate it as we will explain below.

Activate Firefox PiP from about: config

The function exists. If I'm not too wrong, it has arrived in Firefox 68, but it is not activated by default. Like WebRender and many other features, Mozilla is expected to enable it remotely in the future, but we can already test it by following these steps:

The "problem" is: how do you use the PiP of a desktop browser? In both Chrome and Firefox, the process is the same: we have to open a video from a compatible service, such as YouTube. When the video is playing, we right click on it and ... we will not see the option. Nothing happens, it's normal. What we have to do is, without closing the options that have appeared in the first right click, make a second right click on the video. Now, we will see an option that at the time of writing this article appears as "Picture-in-Picture": 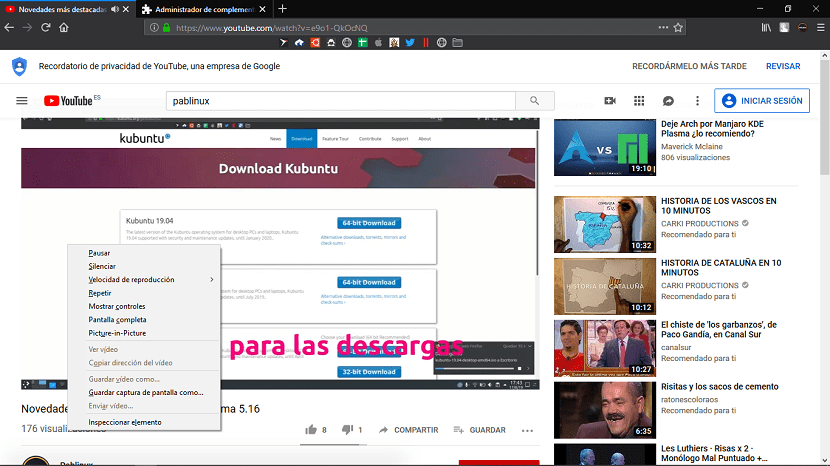 And that would be all. Things to keep in mind: we have modified the option manually and that Mozilla hasn't activated it yet, it has to be for something. We also have to take into account that in all compatible services it will be the same, although we all would like there to be a more direct button or a more visible option. This is understandable, since one thing is a general function of a browser and the other is a function of the web page.

How about the PiP feature in Firefox 68?

Full path to article: ubunlog » Ubuntu » Tutorials » How to enable PiP mode in Firefox 68 to view videos in floating windows