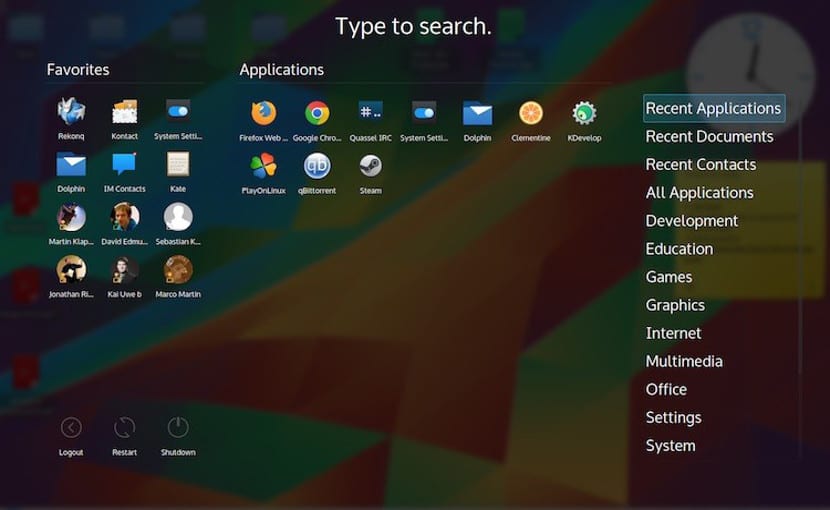 Plasma 5.4 is the last version of KDE to be released. The KDE community announced its departure a couple of days ago, and we told you about it in an article about what's new in Plasma 5.4. What the new version of Plasma brings, among other novelties, is a much improved support for high DPI values, a new full screen launcher, a new applet for sound volume, more than 1.400 icons, improved auto-complete functions, and support for searching through history.

With Plasma 5.4 we also have the first preview version of a session using Wayland. In systems with free graphic drivers it is possible to use Plasma with KWin, with the Wayland composer for Plasma and with the X11 window manager.

Plasma 5.4 is available through the official Kubuntu CI PPA, for both Kubuntu 15.04 and Kubuntu 15.10. To install it, open a terminal and enter the commands that we are going to give you below:

If all goes well, all you have to do after this is restart the computer to apply the changes. In case something fails and you want to return to the previous state of your desktop, in a terminal enter the following commands:

With this new update we hope that many bugs have been fixed of which you informed us in our article about how to install Kubuntu 15.04, which according to what was seen in your comments were quite a few.

If you install Plasma 5.4 do not hesitate to come and leave us a comment counting your experience, and if the bugs you saw in the first instance have finally been corrected. It would be great news for all Kubuntu users, distro which unfortunately is becoming further away from Canonical.