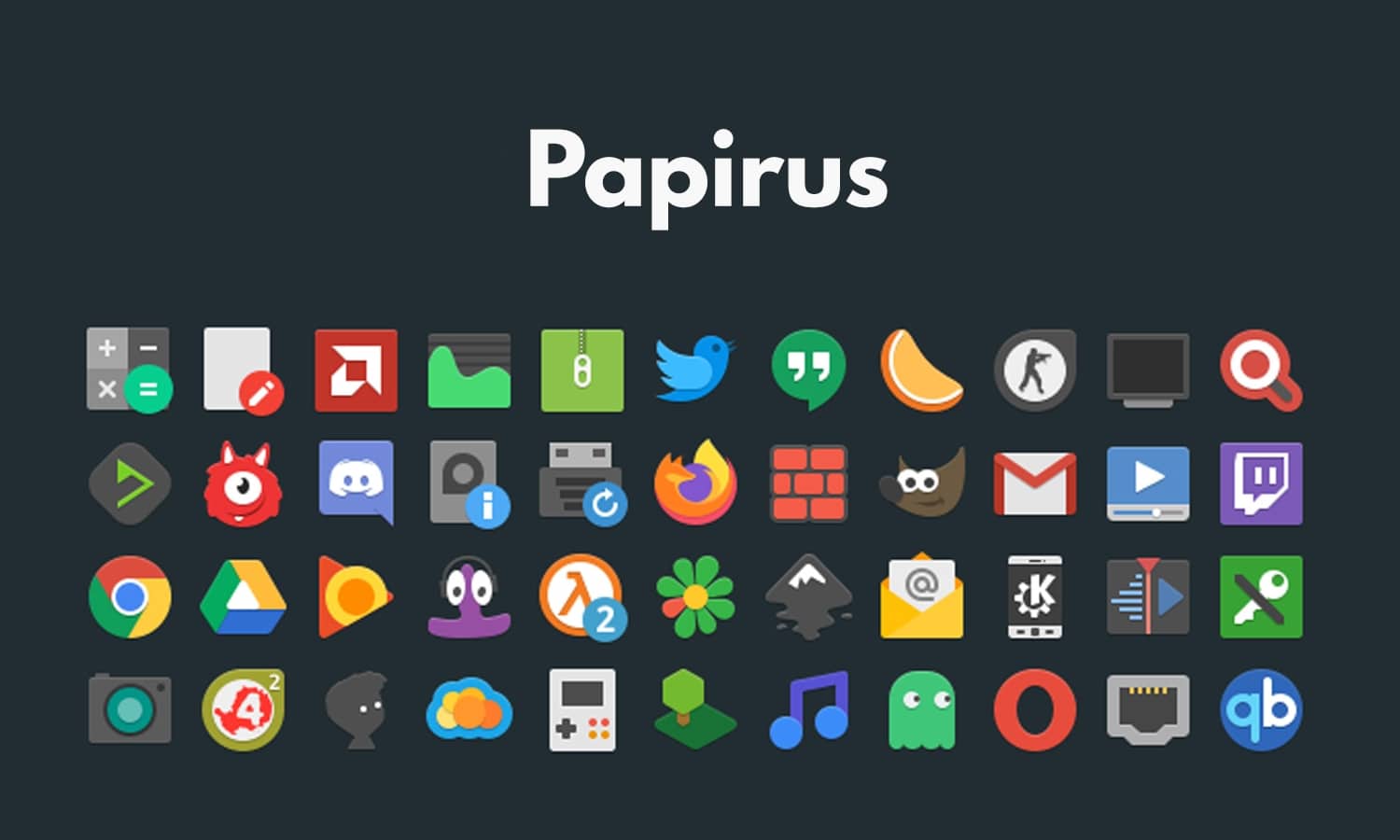 If you want to modify the appearance of your desktop in Ubuntu, one of the most aesthetic and simple ways to do it is simply install an icon theme. One of the best of all is Papirus. It integrates a good set of new icons that will cover almost any application, from the Chrome and Firefox web browsers, to programs like VLC or the Steam client, and even for some other Microsoft Windows software if you install it through WINE .

This theme is quite striking, with careful shapes, without angles, with rounded and soft silhouettes, bright colors, and that semi-3D touch to give something "relief" and modernity. What's more, is compatible with Ubuntu, its derivatives, and with other GNU/Linux distros, being able to install it in a very simple way as we explain in this step-by-step tutorial.

Papirus is an icon theme that has been developed using the GTK+ library, so it is compatible with GNOME and its derivatives, such as Xfce, Cinnamon, etc. However, if you have a KDE Plasma distro, such as Kubuntu, you should know that there is also a version available for Qt environments, although it is not updated as frequently.

Installation of Papirus icons in Ubuntu (and derivatives)

To be able to install the Papirus icon theme on your Ubuntu distro is as easy as add the official PPA of this project to your list of software sources. And that is as simple as executing the following command in the terminal:

You already have this icon pack installed for Ubuntu, and for change to Papirus skin, you just have to follow other simple steps:

By the way, if you don't have the Retouch app, or Tweaks in English, you can install it in this simple way:

For more information on Retouching, you can See this other article from our blog.