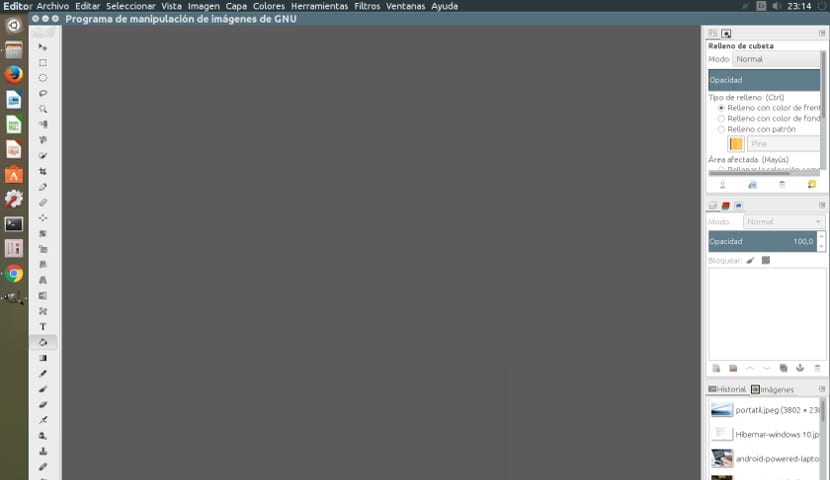 Surely many of you miss having Gimp in your distribution or official flavor as well as some will miss having the latest version of this image editor.

The latest version of this popular image editor incorporates quite a few bug fixes, new translations and also support for new plugins, a facet of it that greatly improves the work of many of its users. Having the latest version of GIMP is possible thanks to external repositories.

To install the latest version of GIMP on our Ubuntu or derivativesEither they are official flavors or distributions that are based on Ubuntu, we need to open the terminal and write the following:

This will install the latest stable version of GIMP which is version 2.8.20. In addition, this repository has an extra plugin that will facilitate the use of this program, all through the terminal. Something more practical and faster than doing it manually, one after another. For installing these plugins you have to write the following in the terminal:

If for whatever reason we want to delete the repository, we only need to open the terminal and write the following:

After this, the added repository will be removed and then Ubuntu will use the official repository to install and manage the updates of this famous application. The process as you can see is simple and easy to do, but keep in mind that the most current version of GIMP does not substantially change the application and it may be a matter of weeks when we receive these versions through the official Ubuntu channel. In any case, the choice is yours and it will depend on how you want to use GIMP.

Full path to article: ubunlog » Ubuntu » How to install the latest version of GIMP in our Ubuntu