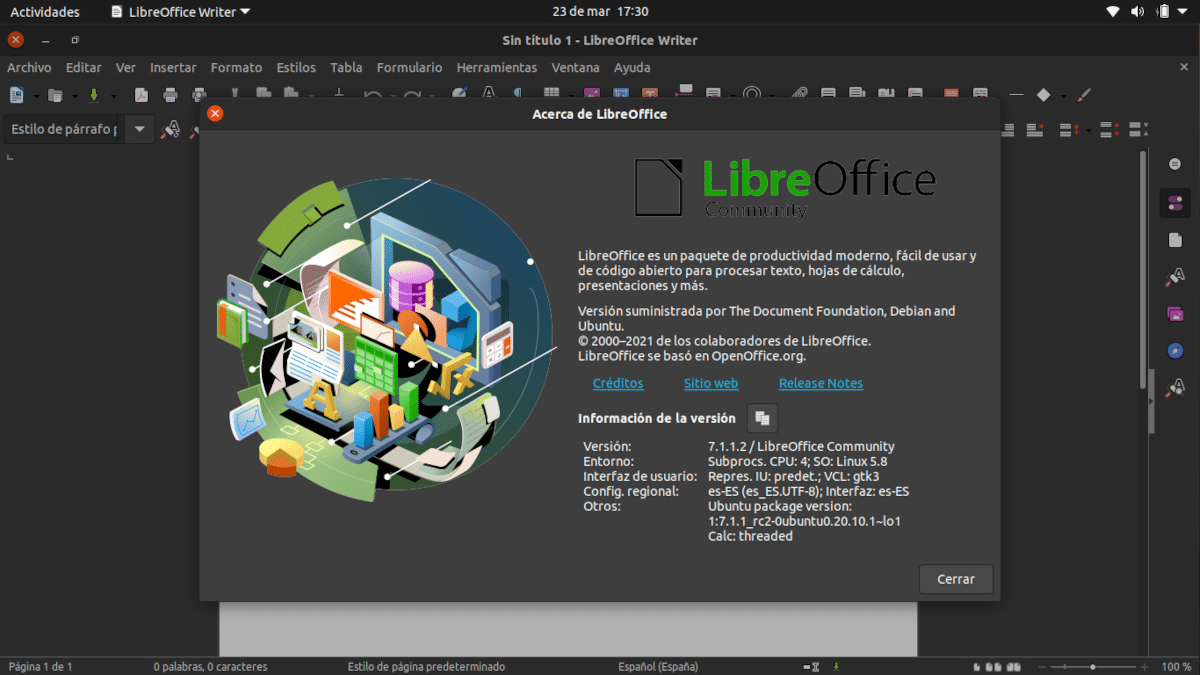 Although Ubuntu is not Debian, it is not Arch Linux either. What I mean is the frequency and speed with which they add the software to their repositories: Debian only adds software that is well tested, which translates to very old versions, while Ubuntu updates faster, but less than distributions Rolling Release like Arch Linux or Manjaro. For this reason, he usually adds a version of LibreOffice which is not the most up-to-date.

Before continuing, I would like to make one thing clear: if Canonical chooses to stay with the recommended version, it is for something. It is simply more tested and has fewer bugs. But it is also true that The Document Foundation improves compatibility with each new release, and recently I have been surprised to see that much of what is written in Writer is perfectly compatible with WordPress, so I think that in cases like this it is worth using the latest version. Here we are going to show you how.

The best option to have LibreOffice always up-to-date: your PPA

For some software, in fact, by far one of the best options is to use the Flatpak version. But the fact that they are isolated packages can cause problems, which is why I, like many others, still prefer what we call the "APT version". If this is what interests us, all we have to do is add the official repository:

The second best option for me is to install the flatpak package. We can do this from any compatible software center, as long as it is enabled. In this article We explain how to do it from Ubuntu 20.04 onwards. If we have an older version, GNOME Software was already installed by default, so there is no need to install it. Installing any package of this type is as simple as searching for it, looking at the sources section, choosing "Flathub" and clicking "Install".

We can also install the suite as explained in the Flathub page, which is with a terminal command (flatpak install flathub org.libreoffice.LibreOffice), but why do it like this if we are talking about Ubuntu and we can do it with GNOMEsoftware? In addition, from the GNOME store we can also search for Flatpak packages.

This I put the last of the three best options because I prefer the previous packages. Also, many Snap packages take time to update, although this does not seem to be the case for LibreOffice. Installing the Snap version of this office suite in Ubuntu is as simple as searching "Libreoffice" in the default store of the operating system, since it is actually a "Snap Store" that I do not recommend at all, but it is good for this.

If, like me, you don't want to touch that store at all, and if you have installed GNOME Software, you can also look for it in this store and choose the one that originally says "snapcraft.io" in Ubuntu. And if what you want is to do it via terminal, you will have to write this command:

As I have commented, I prefer to do it with the official repository, and I think that I am not the only one, but any of these three options is good.

Full path to article: ubunlog » Ubuntu » Tutorials » How to install the latest version of LibreOffice on Ubuntu