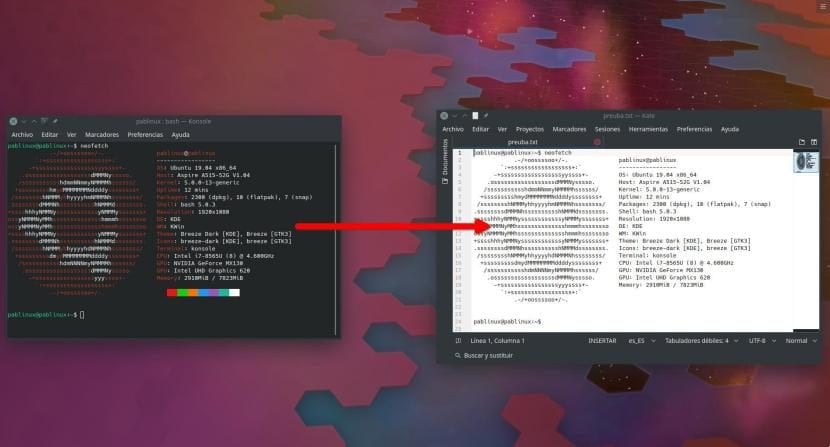 We are in 2019 and there are still many who do not use Linux because they believe that everything is done through a command line. This is not true, and Ubunlog readers know it well. What is certain is that the Ubuntu terminal (or the Bash) is a very powerful tool, so much so that Microsoft has included it in Windows 10. Sometimes, we want to share the output of a command for, for example, other users to help us with a problem and in this article we will show you how to save that output.

There are many ways to save the output of a terminal command. In this article we will show you two very simple ones and another one a little more «linuxera». The simplest and most accurate of all is the one I have used to save the information it shows neofetch as you can see in the image that heads this article. The problem is or may be that not all console / terminal applications have such an option. We tell you everything after the cut.

Save the output of a command from the File menu

The simplest option I am talking about is the same as the one we use to save a text file from any application of this type. It's about going to Menu file and look for something like "Save." In Konsole, the Kubuntu terminal app, it says "Save output as ...". Things to know:

This is simpler than the previous one, right? The terminal allows let's copy and paste text, but there are a few things to keep in mind:

Related article:
upower, a simple command to check the battery status of our laptop

Saving the output of a command, "linuxera" version

In the "linuxera" version we will do everything from the terminal. But before explaining how it is done, we also have to explain that: 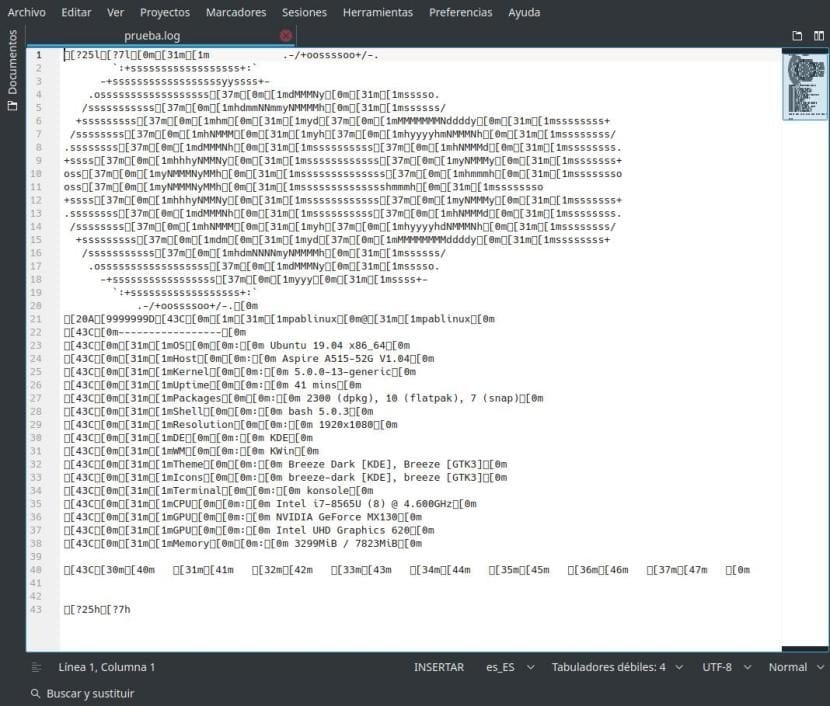 Among the commands that do work we have "df", so we will use that command for the test. The line would be like this:

From the above command:

If we want to open the newly created file from the terminal, we can do it with the command «cat test.txt», as long as we have saved the file with that name and we have it in our personal folder.

As we have mentioned, the terminal is more powerful than simple tools and from it we can add more information to the output file. For this we will use the option -a (add or add) in front of the file, such as

With the previous command we would add the new storage information for our disks to the test.txt file.

Do you already know how to save the output of a command in Linux?

Related article:
Alternatives to the 'ls' command to list the contents of a directory

Full path to article: ubunlog » Ubuntu » Tutorials » How to save the output of a terminal command