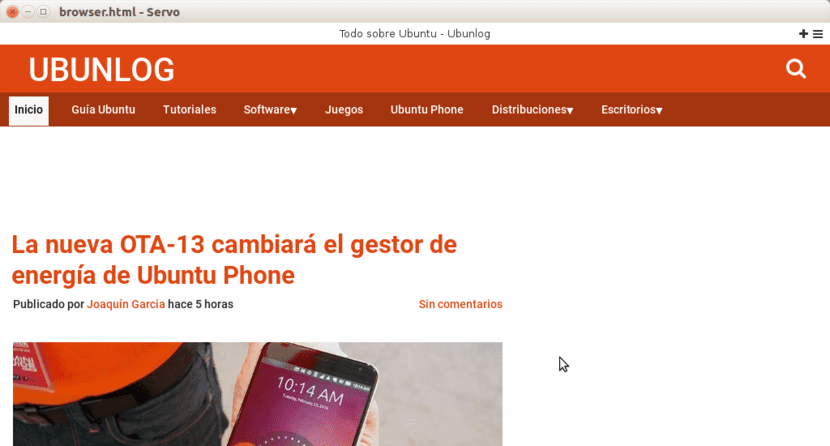 Among the existing web browsers, the most used is Google Chrome, followed by Firefox. Mozilla's proposal is the one that is installed by default in Ubuntu and many other distributions based on the system developed by Canonical. It must be recognized that it works well and without consuming many resources, but it seems that in Mozilla are not fully satisfied and are already working on Servo, for an Web navigator which has been written from scratch and in which the fox navigator company contributes.

Although the browser is still in a very early stage, Mozilla and Samsung They wanted to offer us the possibility of testing it to begin to familiarize ourselves with it and contribute to the project by providing our feedback. In this article we will show how to test this browser from any Linux distribution and, logically, on our Ubuntu PC.

Servo is a project that was launched in 2013 as a modern high-performance browser designed as an application and for embedded use. It has been written in the programming language Rust for better parallelism, security, modularity and performance. As we have mentioned above, it is co-developed by Mozilla and Samsung.

How to test Servo on Linux

Testing Servo in Linux is very simple, but we will try not to leave anything so that you can run it without problems. We will have to follow these steps: 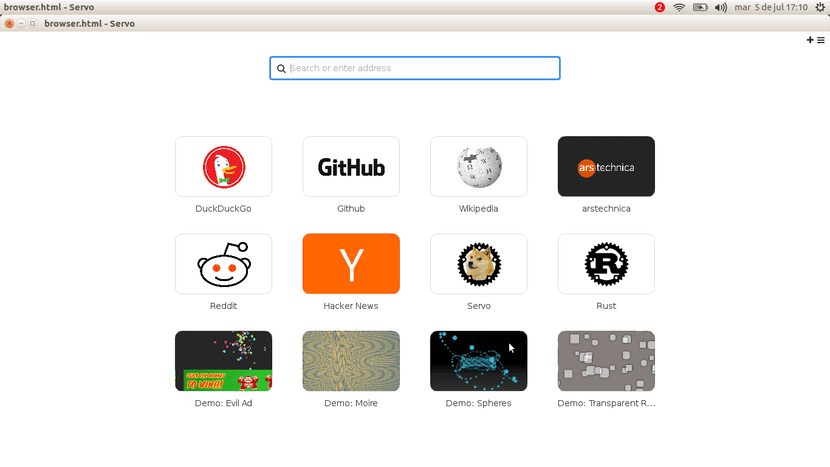 Of course, as I mentioned above, the browser is at a very early stage and we cannot do much with it. In fact, the only option available to you (none appear in the Ubuntu top bar) is to open new pages and to set the tab bar so that it is not hidden. We will have to see how the project progresses and how it works in the future.

Have you already tried Servo? How about?

Full path to article: ubunlog » Software » Servo, how to test the next Mozilla browser right now