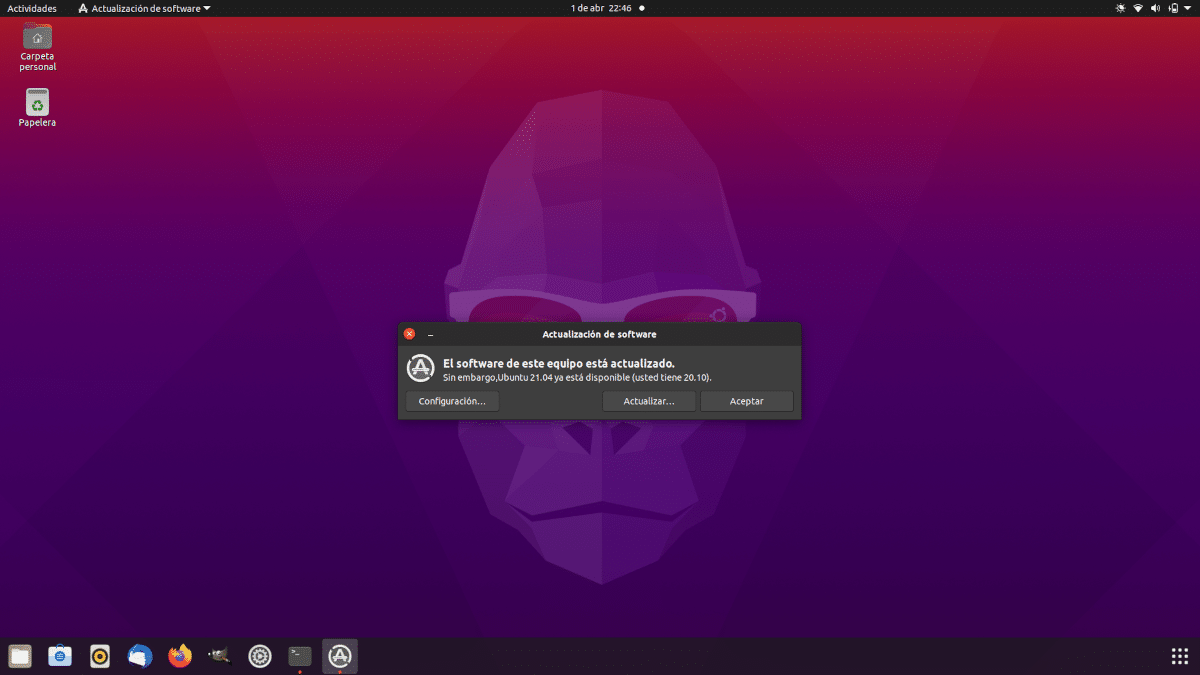 Canonical this afternoon launched the first beta of Ubuntu 21.04. Just three weeks after the launch of the stable version, what is available is already something almost stable, so it can be installed in any equipment that does not need 100% reliability. In fact, I have already updated Kubuntu to Hirsute Hippo and now I am writing to you from Ubuntu on a USB that I am also updating to this beta.

By default, Canonical does not allow upgrade to beta Ubuntu, that is, if we look for it from the operating system it will tell us that it is up to date and will not offer us the option. But it can, and the way to do it is not even worthy of the trick tag. Next we are going to tell you how to do it in the main flavor and in others like Kubuntu thanks to a very simple command.

As each operating system has its applications, not all update the same. What we do have to do first of all we use the flavor we use is update packages, for which we will write the following:

With everything updated, if we use Ubuntu or anyone that has the package installed, we write the following:

From the above, "update-manager" is the update manager that is available in Ubuntu, but not in Kubuntu. The "-d" option is to indicate to search for developer versions. If we use Kubuntu or any other version without update-manager, what we have to write is this other command, where the "-d" option means the same thing:

Writing the command in Ubuntu appears what you see heading this article. After the next window, what we have to do is follow the instructions that appear on the screen: 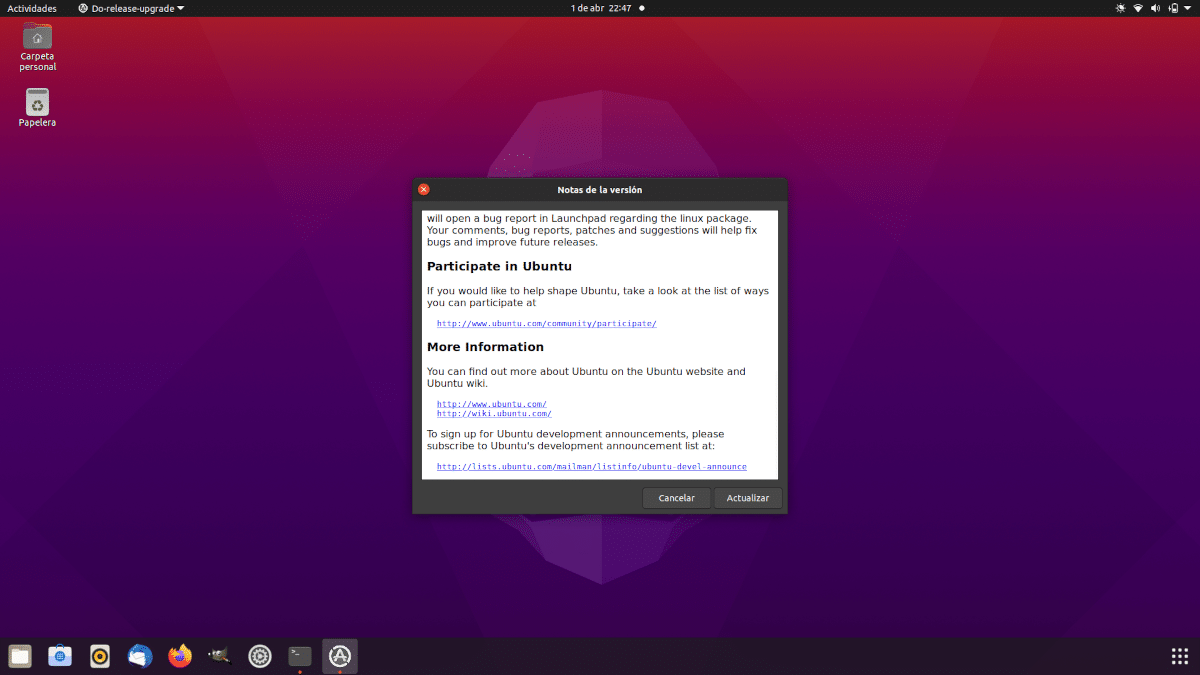 At a certain point, the wizard shows us another notice: third-party repositories are disabledas they probably won't work on Hirsute Hippo. That has happened to me in the two that I had added in Kubuntu; none works at the moment. We will also see a couple more notices indicating that there are some changes that must be made. In both we say yes. 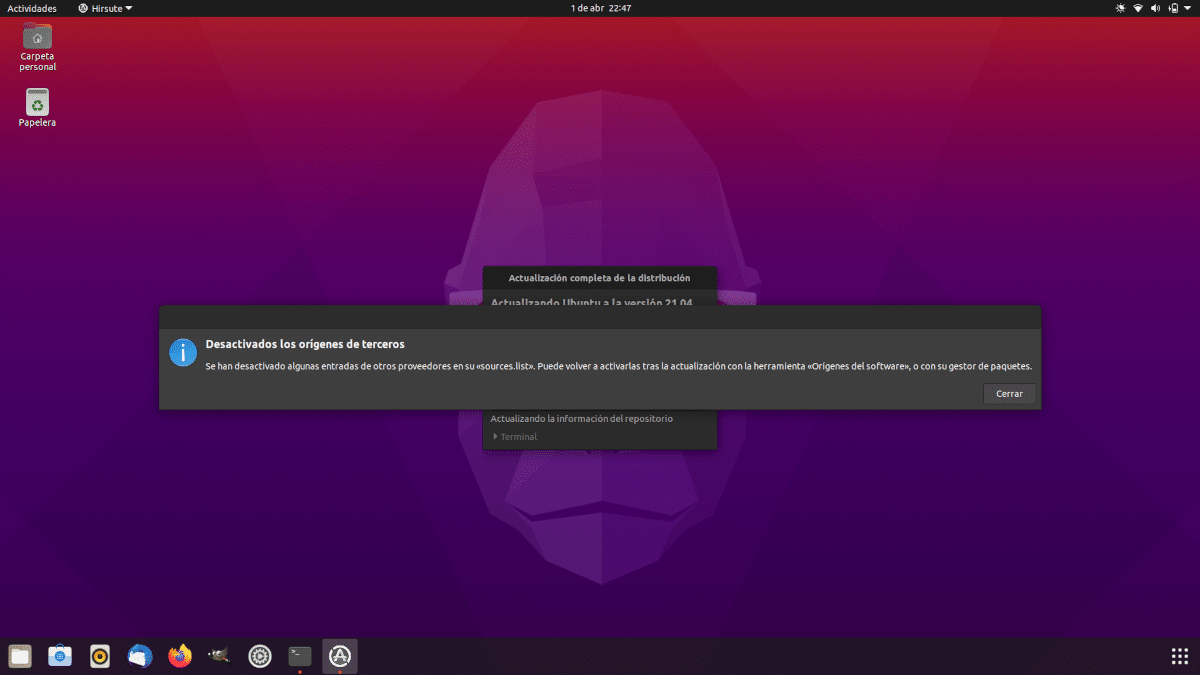 Once the installation process is finished, we reboot and we will be on Ubuntu 21.04. The process can be repeated when they release the stable version to leave the beta. Can you wait until the 22nd?