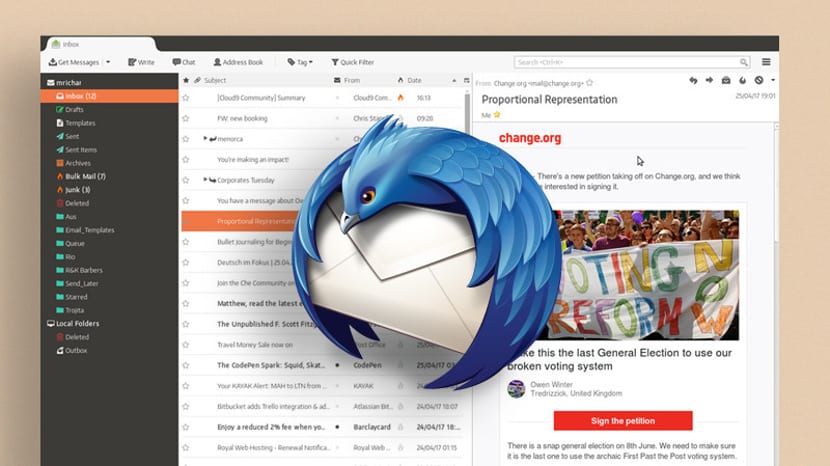 Mozilla Thunderbird is one of the most famous and time-consuming email clients in the Gnu / Linux world. This email client is effective and contains many options for the end user and business but we must admit that its appearance has become a bit outdated, something that many users dislike.

Despite that Mozilla Thunderbird is open source and is maintained by the Mozilla Foundation, many users prefer to use a token system that they have access to our email accounts and all for the sake of appearance. Thus, clients like Geary o MailSpring They are being used more than Mozilla Thunderbird despite having fewer features.Well, today we are going to explain how to change the appearance of Mozilla Thunderbird and with two changes to make the mail manager look more current without losing functionality.

The first thing we have to do is put the panels vertically, something very easy to do. For this we do not go to the Preferences Menu and In Disposition we mark the option «Vertical view» with what the screen will be reconfigured in three columns or three parts, like the current mail managers. If we want to maintain the predisposition of the views, then we have to leave it as it is.

Now we have to change the appearance, the color of Mozilla Thunderbird. For this we are going to make use of two app themes called Monterail Dark and Monterail Light. We can get these issues through creator's Github repository, in this case it's called Emanuele Concas, and once we have the theme, we unzip the file at the following address:

Full path to article: ubunlog » Ubuntu » How to update the appearance of Mozilla Thunderbird