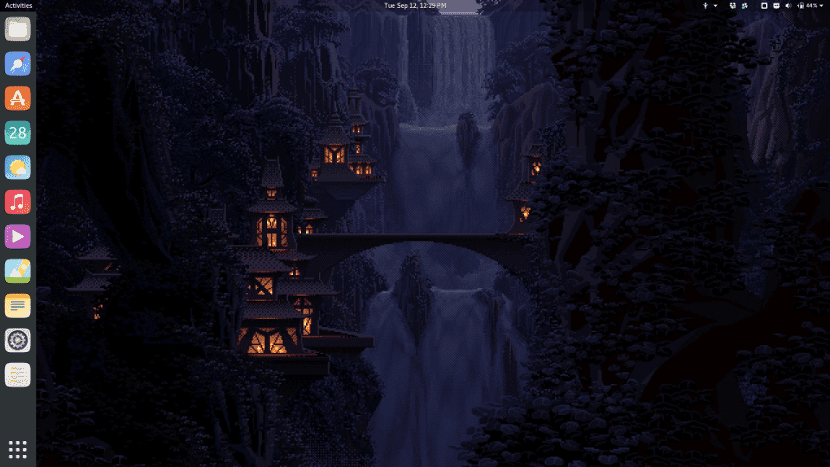 The next version of Ubuntu will not only keep Gnome as the main desktop but it has also proposed to change its appearance. Something that many users have been demanding for a long time.

That's right, Ubuntu 18.04 will not have the traditional look but will change its artwork and with it all other aesthetic plugins. But this time, it will not be Canonical who decides but it will be the Ubuntu Community who creates the new artwork.

A survey has been launched to find out which desktop theme Ubuntu users prefer, for Ubuntu 18.04 and at the same time the icon pack that the distribution will have from now on, or at least for Ubuntu 18.04, has been confirmed: Suru.

Suru is the icon theme that has been used in Ubuntu Touch, but they will not be the same but a complete remodel that Matthieu James (former Canonical worker) has recently developed for the Community. East icon theme we can install it in our Ubuntu, thus having the icons that will appear in the next version of Ubuntu.

For this we only have to install Gnome Tweaks, formerly known as Gnome Tweak Tool (if you don't have it) and apply the icon theme file. Gnome Tweaks is an ideal tool to customize Gnome and in this case Ubuntu 17.10. We can get the icons for free from this link.

The installation of Gnome Tweaks can be done from the terminal, writing the following:

After several seconds, the tool will be ready to run in the Ubuntu 17.10 dash. Suru is not yet completed so many icons will not have changes compared to the previous version and therefore in the daily version of Ubuntu 18.04 it is not yet. But of course it will be one of the novelties that Ubuntu 18.04 has soon.