The new Inkscape 1.0.2 update is available and in this new edition the developers mention that they focused on improving stability, as well as bug fixes, in addition to that for the MacOS version they worked to improve performance.

For those who are unfamiliar with Inkscape should know that is professional quality vector graphics software It runs on Windows, Mac OS X, and GNU / Linux. It is used by design professionals and hobbyists around the world to create a wide variety of graphics, such as illustrations, icons, logos, diagrams, maps, and web graphics.

It has a full feature set, a simple interface, multilingual support, and is designed to be extensible, users can customize Inkscape's functionality with plugins.

During the preparation of the new version, se paid special attention to improve stability and eliminate errors, including troubleshooting text output and improving the normal operation of the eraser tool.

Also, the ad mentions that performance has been improved in the macOS version. Among the innovations implemented, the Appearance in option settings to cancel scaling by clicking the middle mouse button and prohibit canvas rotation for a separate document or all windows.

At the same time, alpha testing began for a significant new version of Inkscape 1.1, which introduced a welcome home screen for the application and offers basic settings such as canvas type, theme, and hotkey set, as well as a list of recently opened files and templates for creating documents of a certain size. 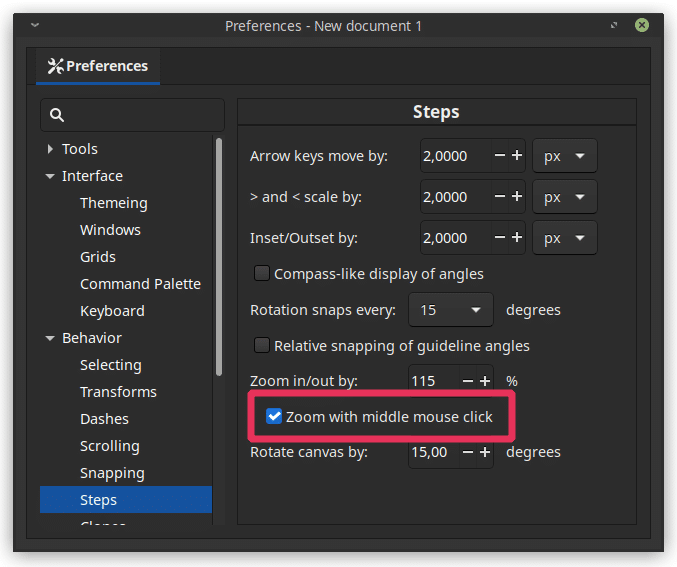 Finally, if you are interested in knowing more about it about the new version of Inkscape 1.0.2 you can check the details In the following link.

How to install Inkscape 1.0.2 on Ubuntu and derivatives?

Finally, for those who are interested in being able to install this new version in Ubuntu and other Ubuntu-derived systems, they should open a terminal in the system, this can be done with the key combination "Ctrl + Alt + T".

And in her we are going to type the following command with which we will add the application repository:

Done this to install inkscape, we just have to type the command:

Another method of installation is with the help of the flatpak packages and the only requirement is to have the support added to the system.

In a terminal we just have to type the following command:

Once the installation is done, you can find the application launcher in your application menu.

Finally another of the methods offered directly by Inkscape developers, is using AppImage file which you can download directly from the app's website.

In the case of this version, you can open a terminal and in it you can download the appimage of this latest version by typing the following command in it:

Done the download, now you just have to give permissions to the file with the following command:

Or in the same way by secondary clicking on the file and in properties they click on the box that says run as program.

And that's it, you can run the app image of the application by double-clicking on it or from the terminal with the command: