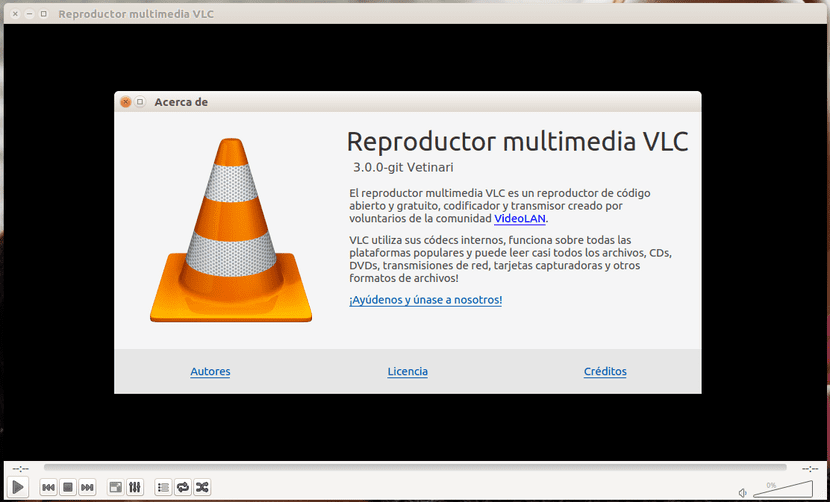 No matter what operating system it is on: I always end up with it vlc player installed in the system. The reason is very simple: although I have to admit that I am not fine with some files with the .mkv extension and I do not like its interface (something that can be easily modified), it is also that it almost always plays the file I am trying play. In other words, it is an all-rounder that allows me to play all kinds of video and audio files.

At this time, the version available from the official repositories of Ubuntu 16.04 It is VLC 2.2.2-5, but VLC 3.0.0 is already being tested. In this article we will show you how to install the next version of VLC, but not without first remembering that when installing software in the testing phase we are more likely to experience unexpected problems, such as crashes, unexpected closings or the inability to play a specific file.

With how handy I am with the software, I must admit that the idea of ​​adding a repository to install a software that will be uploaded to the official repositories does not appeal to me in a short time. But since I know that not everyone thinks like me and that there are people who like to try this type of preliminary versions, I will share with you how to install the next version of the famous player.

In the event that we already have it installed, we will only have to update our operating system for the new packages to appear and install them.

Of course, do not expect big changes. Most of the new features that the new version will include are small fixes, but any small change becomes important if it fixes a bug that we are experiencing in first person. Have you already tried it? How about?