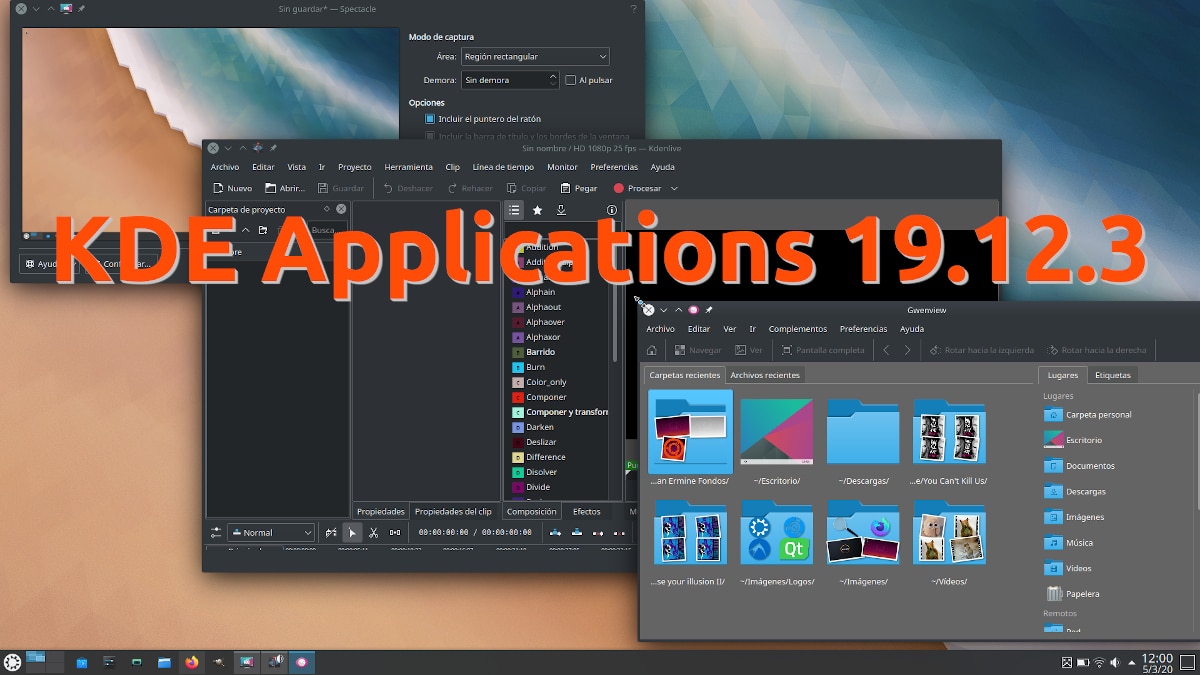 As expected, the project that takes care of one of the best graphical environments for Linux and other quality software has launched a few moments ago KDE Applications 19.12.3. It is the third and last maintenance update in a series whose first release arrived in December and, as such, it has come mainly to correct errors in the set of KDE applications, among which we have Kdenlive, Gwenview or Spectacle.

As usual, the KDE Community has posted two posts about this release: en the first they tell us about the availability of the new update of the set of apps; in second is where they provide us with the code, but they don't mention the number of total changes. No new features have been included, other than minor tweaks, some in the interface, which will improve the user experience when using the KDE Community applications.

As always, that they have released KDE Applications 19.12.3 just means that are available in code form. We can install them on our own, but this code is more intended for developers of different Linux distributions to add it to their operating systems. In the next few hours, the KDE applications from v19.12.3 will come to Discover, as long as we have the KDE Backports repository added or we use an operating system with special repositories like KDE neon.

The next version will already be KDE Applications 20.04.0, a launch that will include outstanding novelties, many of them in the Elisa which will become Kubuntu's default music player. They will arrive on the same day as Focal Fossa, April 23, which means that they will not be added to the next version of the operating system. We can use them, once again, if we add the Backports repository. In any case, in a few hours we will be able to use v19.12.3 of the KDE applications.