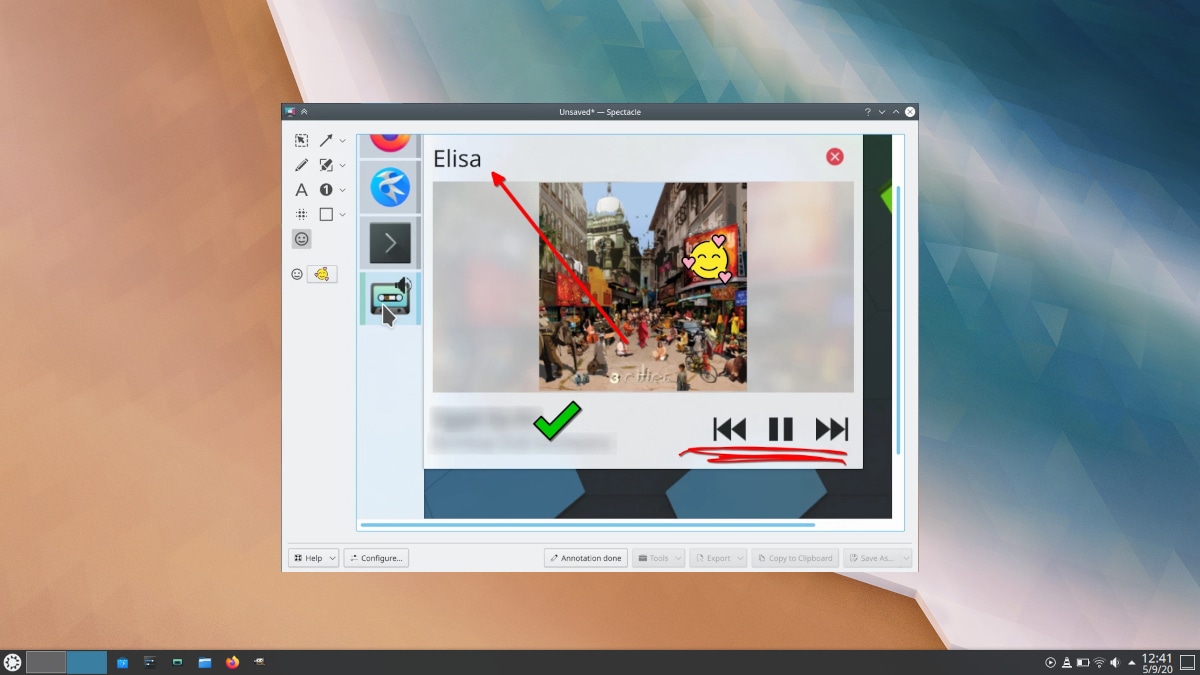 For KDE users, including myself, there are several exciting news that come to us every month. One of them is the one that tells us about new versions of Plasma, the graphical environment, although lately Kubuntu users have to wait more for a dependency issue (Qt). The other most interesting is about the updates of its set of apps, although the most striking comes every four months. Thus, after the August launch and its three maintenance updates, today the project announced and released KDE Applications 20.12.

Well, it is true that there are outstanding news for everything, but if there is something I have been waiting for the launch of KDE Applications 20.12, it is for what you see in the header capture: Spectacle has added an option that will allow us to make annotations in the captures. This turns the KDE capture tool into a complete Shutter, since many of us used that program more for its editor than to take captures, since any system allows us to capture the screen by default. What will put the new Spectacle above it is that it is already the default app for captures in the KDE editions of different operating systems, so we will have everything in one "out of the box".

The KDE project has released the following as highlights of KDE Applications 20.12.0:

Soon on your favorite Linux distribution

KDE Applications 20.12 It is now available, but right now only in code form. In the next hours / days they will begin to reach the different Linux distributions, starting with KDE neon and following those that use the Rolling Release development model, although in this second case we may still have to wait longer. Kubuntu + Backports PPA users will have to wait for at least v20.12.1 for the packages to be updated, although we can also install some of these apps from Flathub, Snapcraft or from the project's official website.

Full path to article: ubunlog » Desks » KDE » KDE Applications 20.12 is here, with the new version of Spectacle that allows us to make markups