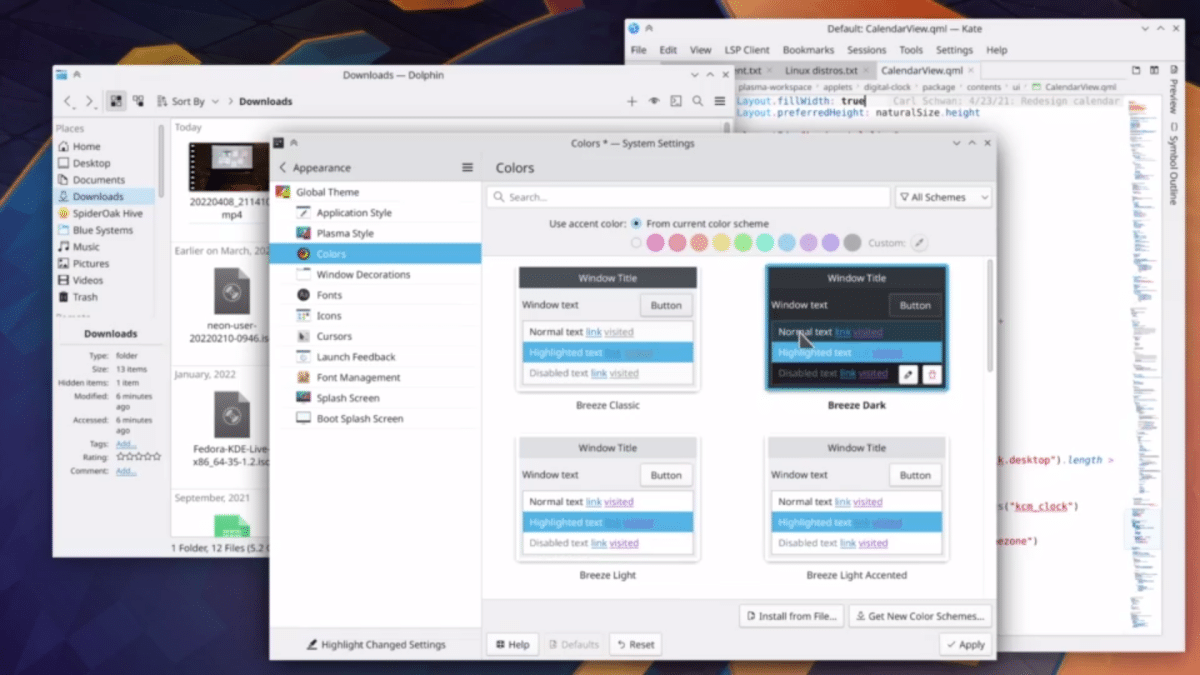 With already published the (short) GNOME news article, now it is the turn of KDE. The K project has continued along its lines, telling us about dozens of changes they are working on, but there is one that stands out above the rest, one of those that does not change our lives for the better, but is obvious and it's nice to see it. It is a simple transition that we will see when changing from one color scheme to another.

As someone who is testing Wayland on KDE, I would also highlight another new feature that you will also see, and in this case feel: the gesture to see the overview by swiping four fingers up now follows the speed of our hand. You have this and the rest of news this week below, although those who want to see everything in more detail should visit the original article published by NateGraham.

As for 15 minute bugs, they fixed 1, so the list is down from 76 to 75: Accent colors no longer get a bit darker when using a dark base color scheme (Jan Blackquill, Plasma 5.25) .

To enjoy all this as soon as possible we have to add the repository backports from KDE or use an operating system with special repositories like Kde neon or any distribution whose development model is Rolling Release, although the latter usually take a little longer than the KDE system

Full path to article: ubunlog » Desks » KDE » KDE debuts transition by changing a color scheme, among the news this week