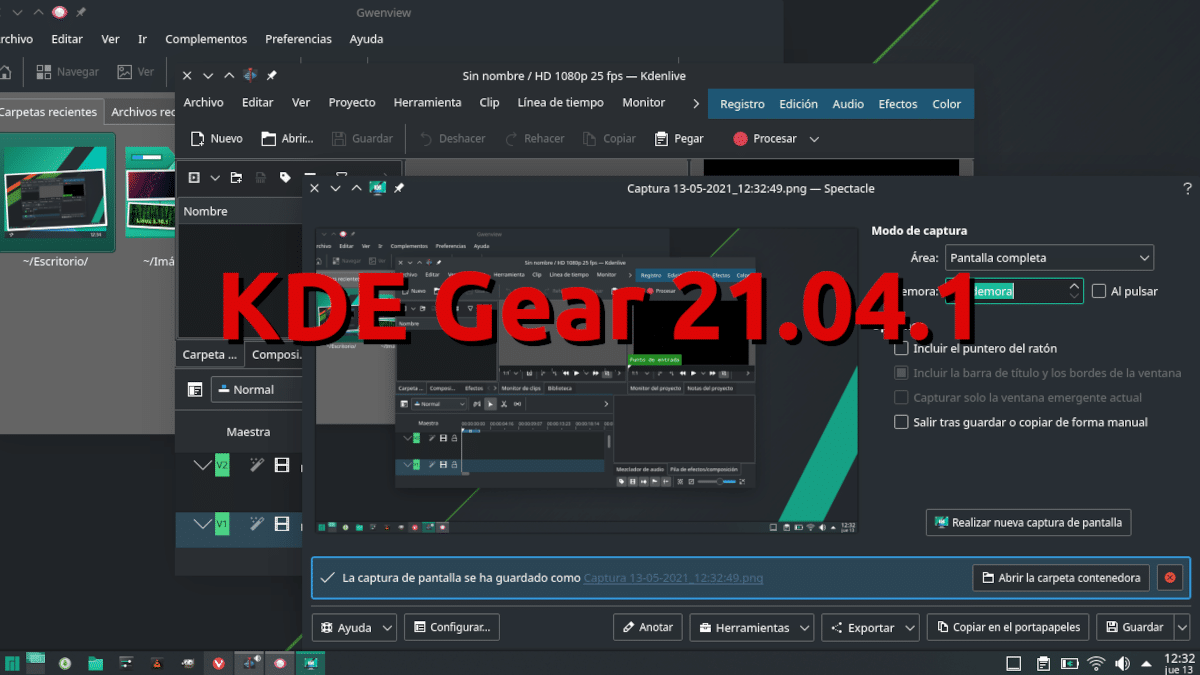 From April, the KDE applications that gave us so many joys every four months no longer exist. Well, I wanted to start the article with a bit of drama, since what really happened is simply that they changed their name. Now they use the gear of their logo, which in English is Gear. Therefore, do not panic, because everything will continue as before, and nothing has been released KDE Gear 21.04.1, what would have previously been called KDE Applications 21.04.1.

What has not changed is that the major versions are released in April (04), August (08) and December (12), and in the rest of the months they give us maintenance updates like this KDE Gear 21.04.1. Yes, something has changed: before, unlike the notes on Plasma releases, in those of their applications they did take a little more effort and tell us about some changes in some apps, but now they do the same as with the graphical environment, just as as you see in the release note. They have also published an article with all the news, 107 changes in total.

Among the novelties, I would highlight the changes introduced in the multimedia software, such as Elisa and Kdenlive, but there are also new features and corrections in software such as Okular, Kontact, Konsole, Kmail and even in its kmahjongg game.

KDE Gear 21.04.1 now has been officially announced, which means that it is already available so that developers can add it to their distributions. If nothing happens, the first to receive the new set of apps will be KDE neon, the operating system that controls the project the most, and Kubuntu will do so later if we have added the KDE Backports repository. In the next few days it will also appear on other operating systems, such as those that use the Rolling Release development model.