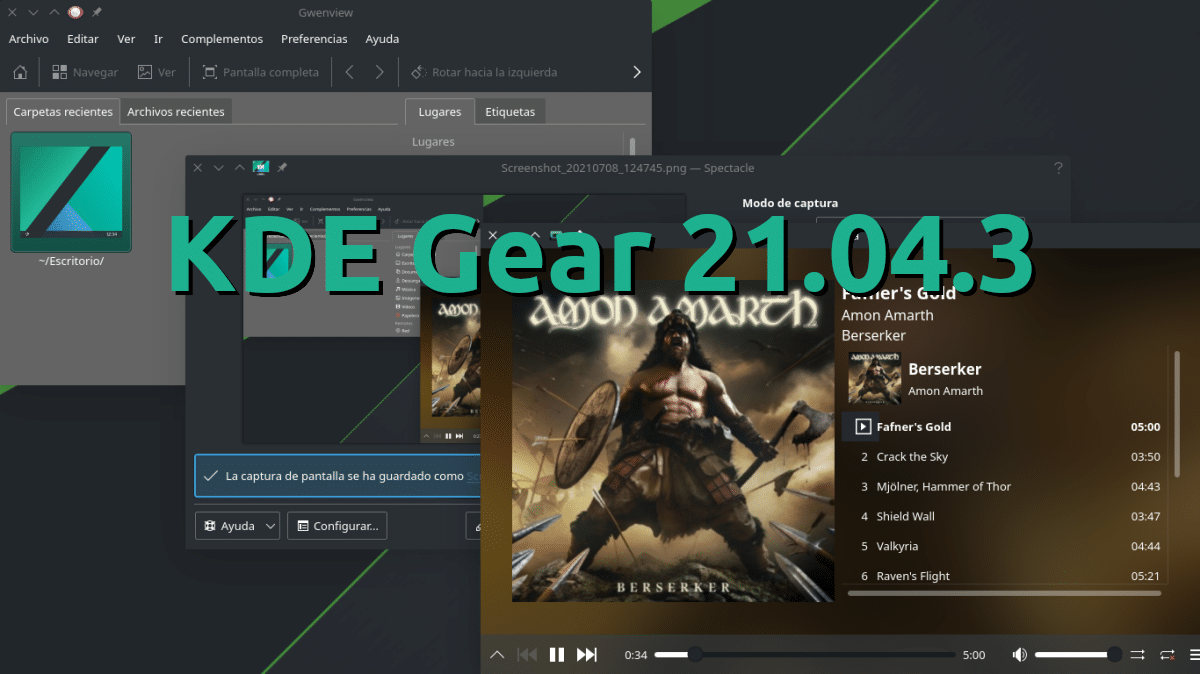 KDE is a project like many others that develops software of all kinds. I think he is better known for being the one who develops Plasma, but also libraries such as his KDE Frameworks or applications of the most productive of those available for Linux, which since last April they have been renamed Gear. One month ago threw the June version, and a few moments ago have thrown KDE Gear 21.04.3.

As you know, and if I don't explain it to you now, KDE releases a major update every four months, coinciding with April, August and December. The rest of the months it gives us versions or updates of point, those that correct bugs and improve performance. KDE Gear 21.04.3 en the last of this series, which means it doesn't introduce any new features, but it will make everything more reliable.

Here at the full list of changes we have a reflection that this update has not corrected too much. And it is that one of the programs that usually fixes a lot is Kdenlive, and in this month of July they have only patched 8 bugs. For everything else, there are patches in many applications, such as Kate, Elisa, which I hope will fix the automatic change of songs that repeats a second on my Manjaro, Dolphin, Ark, Konversation and Okular, among others.

KDE Gear 21.04.3 has been officially launched a few moments ago, so developers can now take advantage of it to start adding it to their operating systems. Where it will arrive first will be to KDE neon, and shortly after it will to Kubuntu + Backports PPA. Distributions with the Rolling Release development model will also have it available very soon. The rest will still have to wait, although some apps will appear on Flathub and Snapcraft.

Next month it will be the turn of KDE Gear 21.08, a new major update will introduce new functions.

Full path to article: ubunlog » Desks » KDE » KDE Gear 21.04.3 is here with the final touches and preparing for the arrival of the new features in August