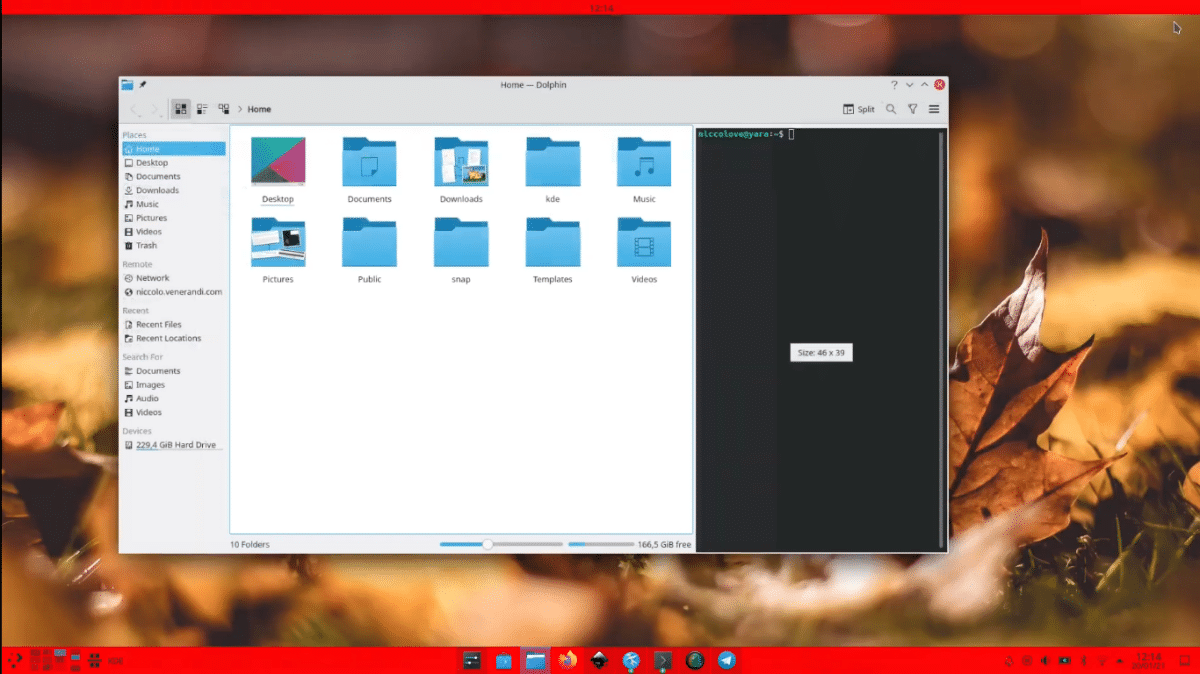 Linux offers many options, and sometimes that is a goddamn problem. Without going any further, Ubuntu is available in 8 official flavors, and choosing between them can already be a bit difficult, but they can all be customized, and, for example, the main Ubuntu allows us to put the dock at the bottom , we can make it transparent so that it does not reach from side to side, at the same time that it changes size as we open or close apps. KDE offers this and much more, and this week They have spoken of a novelty that will reach Plasma panels.

An image is worth a thousand words, and after the cut you have a video that explains that KDE will add a new option to make the panels look different. The most striking thing and what they emphasize the most is not what you have in the header capture, but the bottom panel becomes more or less transparent automatically depending on what we are doing, and this will be valid for any panel that we have on our desktop.

Before I start with the news that you have mentioned this week, I know that some of you may be wondering how the icons are centered in the bottom panel. It is not something that interests me in Plasma, but the same user published a video two days ago explaining how to do it, and you can see it here!.

When will all this come to our system with KDE

You have to remember that the above will not be met with Plasma 5.21, or not for Kubuntu until the release of Hirsute Hippo, as we already discussed in this article in which we talk about Plasma 5.20. As for Plasma 5.22, they have not yet indicated which version of Qt5 it will depend on, so we cannot be sure if it will come to Kubuntu 21.04 + Backports or we will have to wait for 21.10.