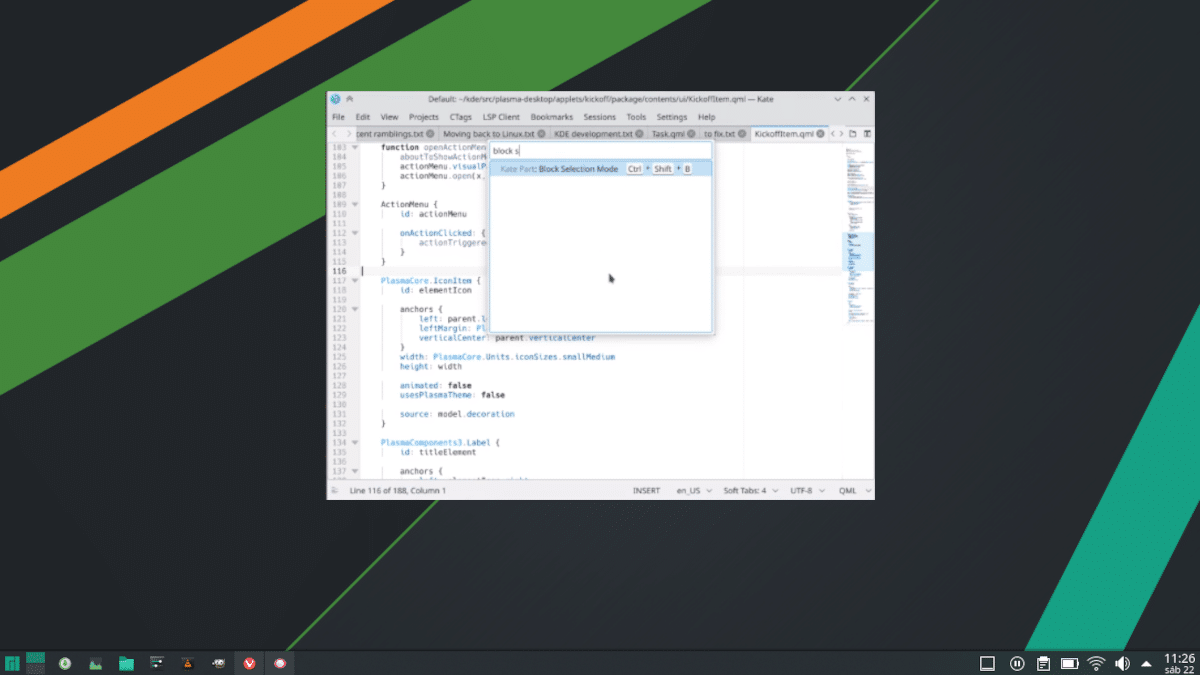 This Saturday, like every seven days, Nate Graham He has written an article talking about news in which one stands out: KCommandBar. The "K" is clear what it means because almost all software KDE he uses it; what is not so clear is what is that Command Bar that follows. By the name, I had thought that it was something related to the terminal, but it is something simpler within everyone's reach.

As Graham explains, “KCommandBar is an expert user interface element that implements a HUD-style pop-up window that aggregates all actions from the entire menu structure of a KDE application, so you can quickly activate functions at the speed of thought. It is like a KRunner within applications. It can also be used as a search, if you think a function may exist somewhere but you don't know where«. What he has not explained is when it will arrive.

When will these news arrive

Full path to article: ubunlog » Desks » KDE » KDE presents a new KCommandBar option and another group of new features that will arrive in the medium-term future