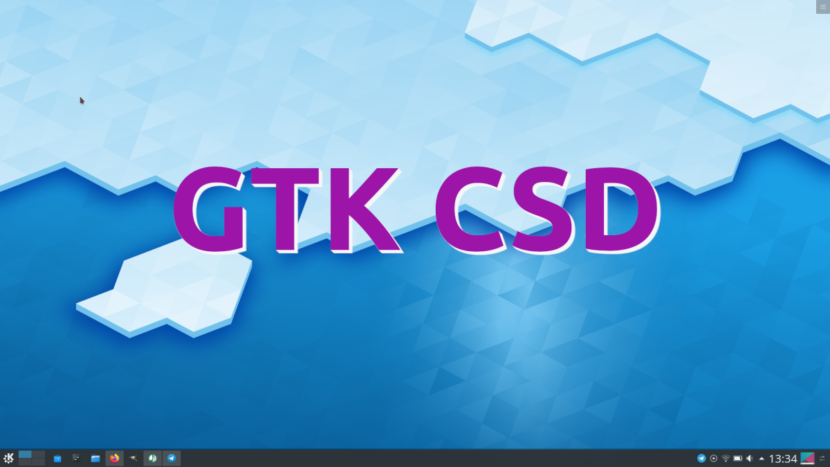 This week, KDE, or more specifically Nate Graham, he has promised us something important coming to the KDE world relatively soon: full support for GTK CSD. More specifically, for GTK_FRAME_EXTENTS_, which will greatly improve the user experience when running GTK applications that use top bars with a client that allows them to change color together with the operating system. This includes GNOME applications and other third-party GTK applications, which are growing in number.

This new feature will arrive with Plasma 5.18. Graham says that they seem like native applications and fit perfectly with the rest of the applications, which personally raises a question to me: this full compatibility with GTK CSD that he promises, will it also reach the minimize, maximize and restore buttons? Because, right now, most GNOME-based apps that we install in Plasma keep them on the right even though we've configured them to be on the left.

Full support for GTK CSD and other new features

When will full support for GTK CSD and everything else arrive?

They have promised that full support for GTK CSD will come from plasma 5.18, which will match the Next February 11. Plasma 5.17.4 is scheduled for next Tuesday, December 3. KDE Applications 19.12 will be officially released on December 12, but we still don't know the exact day that 20.04 will arrive. We do know that they will arrive in mid-April, so it is unlikely that they will be available in Kubuntu 20.04 Focal Fossa. On the other hand, KDE Frameworks 5.65 will be available from December 14th.