Yesterday, last day of 2019, Nate Graham gave a review to everything KDE had gotten in the last 12 months. Today, New Year's Day, he has done the same, but to tell us about some news that is to come in 2020. Graham mentions many things, some of them as safe and others as probable. Does not mention that Elisa will become the default Kubuntu player, so we say that and we leave it in the probable group.

As for Plasma and as we will detail below, they do not tell us about many of the news that they will include in 2020, in part because they are already publishing weekly the changes they work on. Yes first mentioned Plasma 5.19, although to say that some of the functions will not be available for the version of the graphical environment that will be released in February 2020.

We will probably also have 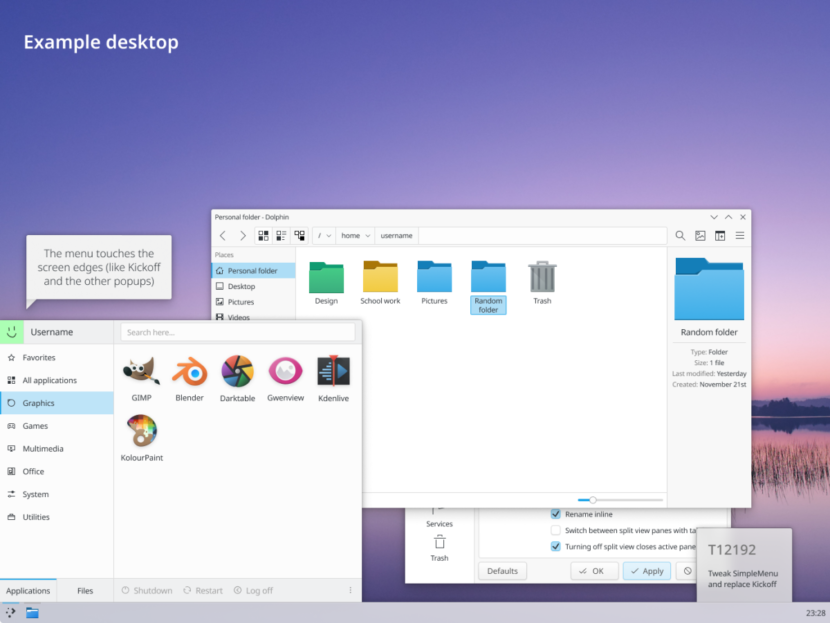 Almost impossible for them to come to KDE in 2020

For those of us who are reading all the news that they mention every week, what was published today by Graham (here! all the detailed information) can know little by little. And is that many of the most interesting functions are part of Plasma, so it is difficult to attract so much attention leaving the graphical environment on the sidelines. If there is something that really catches the attention of what is published today, it is the point at which they say that they are working to improve the image of a desk that many of us think is already very beautiful today.

What would you like KDE to include in its software in the year we started today?

Full path to article: ubunlog » Desks » KDE » KDE reveals its plans for 2020. Will there be a new look for Plasma?