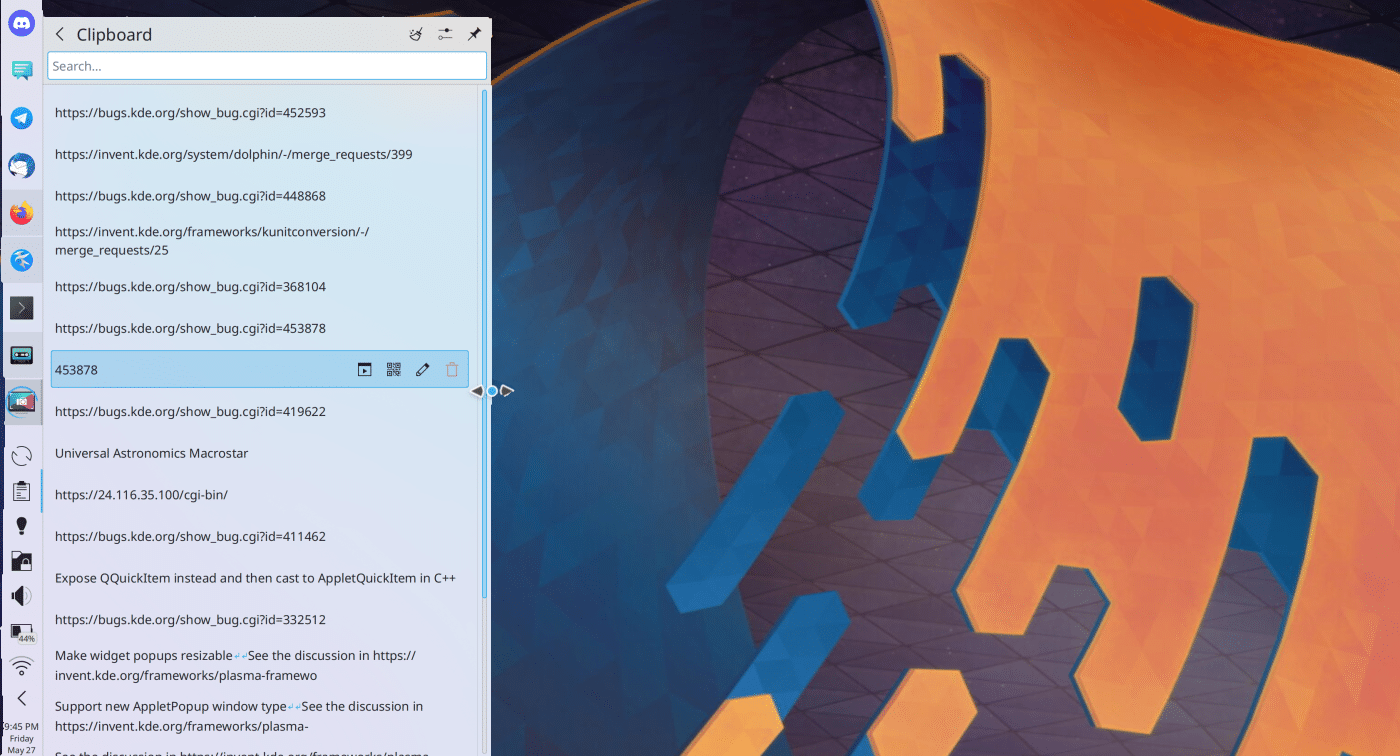 After the article weekly GNOME updates, now it's the turn of this week's news on KDE. With less than three weeks to go until the release of Plasma 5.25, the project is now working primarily on two fronts. In the first they are looking for and getting rid of the bugs of the next major update of their desktop, and in the second they are already preparing the new features that will arrive much later, together with 5.26.

As for what's new this week, they're still trying to fix those 15-minute bugs that can give KDE a bad name in general. About 25% of those bugs have already been fixed, and new ones are discovered practically every week. In the last seven days they have corrected 2, but they have found three, so 15 minute errors have gone up from 63 to 64.

Related article:
KDE has released Plasma 5.25 beta and this week has focused on fixing its bugs

Plasma 5.25 is coming June 14, and Frameworks 5.95 will be available three days earlier, on Saturday 11th. KDE Gear 22.04.2 will land with bug fixes on Thursday 9th June. KDE Gear 22.08 does not yet have an official scheduled date, but it is known that it will arrive in August. Plasma 5.24.6 will arrive on July 5, and Plasma 5.26, mentioned for the first time today, will be available from October 11.