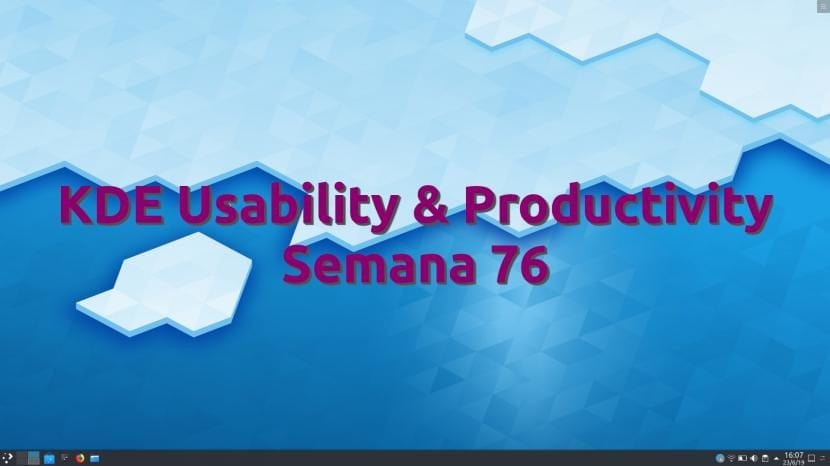 In the past week we inform you of the imminent arrival of Night Color Plasma. We were wrong, in part: Night Color is already available in Wayland, so the news related to "Night Light" in Plasma were functions that will be added to an option already present. Where we do not find this option is in X11, but the week 76 de KDE Usability & Productivity confirms that Night Color will also come to X11 together with Plasma 5.17.

We remember again what this function is about: currently, Ubuntu has Night Light, that is, a system that reduces the blue tones on our screen so that our body "understands" that it is already night, which helps us rest better at night. Operating systems like Kubuntu lack this feature, but it looks like it will definitely arrive next October as long as Kubuntu 19.10 Eoan Ermine arrives with plasma 5.17. If not, we can enjoy this feature by adding the Kubuntu Backports repository, when the release of Plasma v5.17 is official.

Other new features mentioned this week in KDE Usability & Productivity

Some (few) of these changes are already present in the latest version of Plasma, namely v5.16.1. Of the rest of the changes, the closest ones will arrive on June 25, on Tuesday. The KDE Applications 19.08 will arrive already in August. Plasma's next big release, v5.17, will arrive as early as October 15th to be exact. Feel like trying something from the KDE Usability & Productivity week 76 checklist?