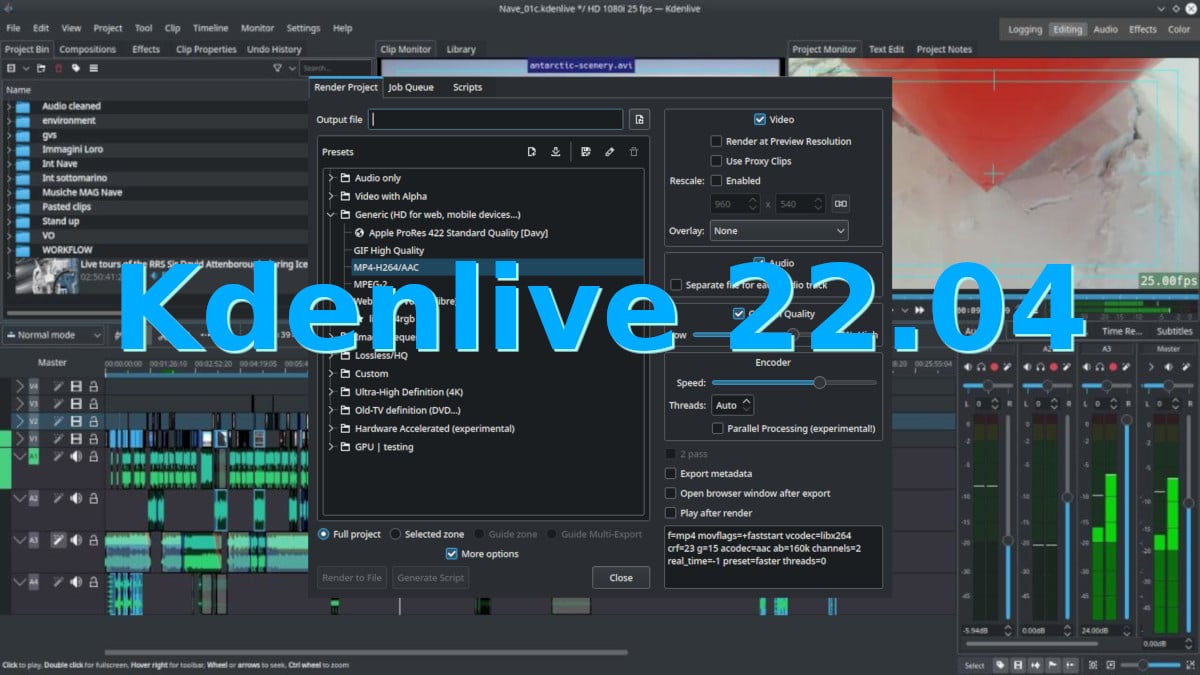 On April 21st, KDE ad KDE Gear 22.04, the April 2022 set of apps that came with new features. At that time, the code for applications such as Dolphin, Okular or Gwenview began to be available, all in version 22.04.0, but it was not until yesterday, Monday, May 2, that the project ad the availability of Kdenlive 22.04. Now not only is the launch official, but it is already available on different platforms, including non-Linux ones.

And speaking of the different platforms, one of the novelties has to do with Apple's, since in Kdenlive 22.04 added official support for your M1. Another notable novelty is that support for 10-bit color has begun on all platforms, although they want to make it clear that the effects do not yet work on this type of image.

Kdenlive 22.04 It is now available for all supported systems from your official website. From there, Linux users can download an AppImage, but it's also in Flatub and in a repository for Ubuntu. In the next few days it will reach the official repositories of the different Linux distributions.